CEOs of three CUs that weathered the storm share their recommendations. 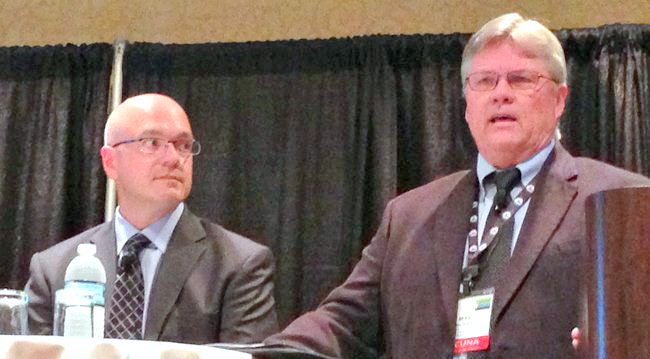 As one of the largest Atlantic hurricanes on record, Sandy left a swath of destruction 900 miles wide across 24 states, killed at least 80 people in the U.S. alone, and caused more than $65 billion in damage, according to published reports in LiveScience.com and the Los Angeles Times.

Although each of their three credit unions remained operational during and after the storm, panelists at the CUNA Mutual Group's Discovery breakout session said that for many people in the affected area, life has not returned to normal eight months after Sandy struck last October.

“Sandy still has a lingering effect on our membership as insurance recoveries have, for the most part, not covered all their damages,” said Gene Brody, president and CEO of $166 million asset Bay Ridge Federal Credit Union, Brooklyn, N.Y. “Many of our properties which serve as collateral for our loans are still in need of further renovation and reconstruction.”

Teachers Federal Credit Union, a $4.7 billion asset institution in Hauppage, N.Y., granted members relief from their loan payments for up to six months so they could maintain cash flow to fix their properties, according to president and CEO Robert Allen. The credit union also offered new loans to help affected members renovate their properties and gave employees time off to tend to their properties—as well as cash or loan assistance, if needed.

The scope of Sandy's destruction prompted credit unions to evaluate and improve their disaster preparation plans. Brody, Allen and fellow panelist Shawn Gilfedder, president and CEO of $304 million asset McGraw-Hill Federal Credit Union in East Windsor, N.J., offered these recommendations to their colleagues in the movement:

►Review and update the credit union's disaster preparedness policy and procedures on an ongoing basis.
►Practice leadership before a crisis, represent all facets of your organization in a documented plan, and be prepared for the unknown.
►Maintain consistent and direct communication with staff and members.
►Realize perception will become reality if not managed during and after the crisis.
►Identify employees' personal needs. Like members, they're impacted by these events personally.
►Ensure all employees have a clear vision of the organization’s mission and vision; their core values surface during times of crisis.

CUNA Mutual Group Property and Casualty Claims Manager Mike Retelle, who facilitated the discussion and has more than 30 years' experience in the field, said stressful events can strengthen the bond between a credit union, its staff, and its members.Being prepared to successfully react to a major crisis will showcase a credit union’s focus and core values.