Grant: Don’t Give Until it Hurts 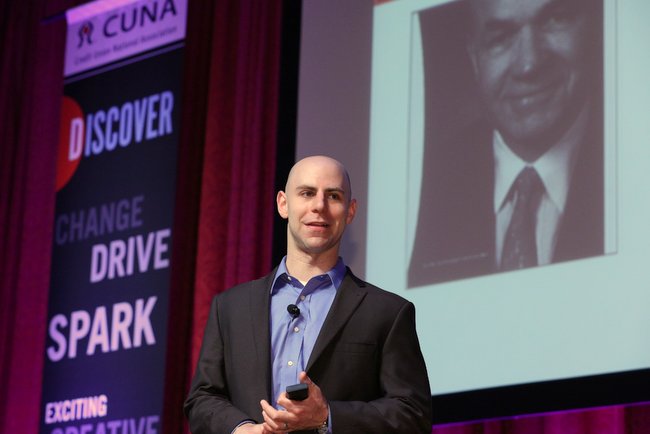 Is workplace altruism a sucker’s bet?

It can be if you help others to the detriment of yourself, said Adam Grant, Wharton School of Business professor and author of “Give and Take: A Revolutionary Approach to Success.”

Givers often are the worst performers, Grant said. “They can be the least productive and make the most errors because they’re too busy helping their peers.”

But in the long run, those who help others succeed often advance themselves because they help create value for their organizations.

“If we create an atmosphere where givers thrive,” Grant said, “we can lift all boats.”

Organizations can create such a culture by:

Takers tend to have certain traits in common, according to Grant’s research. CEOs who are takers tend to say “I” and “me” instead of “we,” and they often have salaries far higher than those of their colleagues.

These CEOs also are self-satisfied and vain, often displaying large photographs of themselves, indicating “it’s all about me.”

Disgraced Enron CEO Kenneth Lay, for example, published a full-page photo of his face in the company’s 1997 annual report—a telling indication of his onerous intentions.

But, like Lay, many takers are adept at hiding this trait, Grant said. They appear to give, but don’t. “If you’re a taker, you want people higher up to think you’re generous. It’s all about kissing up and taking others out.”

One way givers can help others without being taken advantage of is by doing “five-minute favors,” quick, easy tasks such as making an introduction or providing recognition, Grant said. If the recipient doesn’t reciprocate, chances are he or she is a taker.

“Giving is sometimes seen as a sign of weakness,” Grant said. “But it can be a strength.”