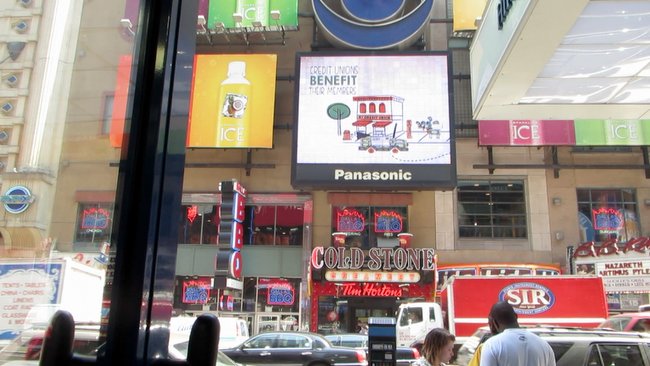 CUNA arranged an hourly ad on the iconic CBS video billboard in the highly visible and high-traffic Manhattan location. It began running April 15 and carried through ACUC and the Independence Day holiday.

"We all know we need to do a better job in spreading the word about credit unions. This is an important step to making our message more visible," said Paul Gentile, CUNA's executive vice president of strategic communications and engagement.

MORE: View a GIF of the advertisement

It spread the message of two CUNA initiatives: “aSmarterChoice,” a comprehensive credit union locator that includes every credit union in the U.S.; and “Don’t Tax My Credit Union,” an effort to protect the credit union tax-exemption. The “Don’t Tax” message ran four times per hour.

In addition to encompassing the time frame of ACUC--from June 30 to July 3, and the subsequent July Fourth holiday--the billboard’s run occurred during high-profile events like the Tribeca Film Festival, Memorial Day, the AIDS Walk, and Father's Day.