The $1.8 billion asset credit union entered the Tampa Bay Times’ Top Workplaces competition in 2012 in large part because the newspaper 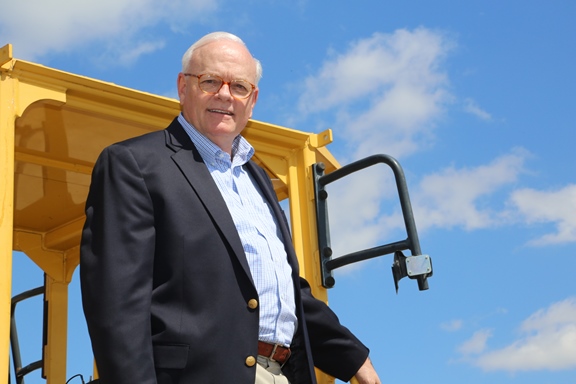 bases its awards on an employee survey it facilitates. Individual responses are confidential, but companies receive an aggregate report.

Grow Financial placed 16th among mid-level employers—no small achievement in a metropolitan market—but president/CEO Bob Fisher noticed “a couple of things we felt we were really falling down on,” the foremost being internal communication.

So Grow Financial hired a public relations professional from Tampa’s Museum of Science & Industry to champion in-house and external messaging, and created an auditorium and video facility in an unfinished portion of its headquarters.

Now, Fisher records a monthly video for employees, often filming on location in exotic spots such as Raymond James Stadium, home of the NFL’s Tampa Bay Buccaneers, or at a branch that's under construction to energize staff about the progress.

In this year’s contest, Grow Financial moved up to the largest class of employers, with more than 500 staff members—and finished No. 1.

“We worked hard at addressing the comments people had, and beat all the big companies,” Fisher beams.

Be an ‘employer of choice’

He asked that Grow Financial Federal scrap the “legalese” in its mission statement, which was something “nobody could ever remember or repeat.”

The credit union's new mantra: “Be Bold. Be Great. Have Fun.”

Grow Financial Federal embodies “fun” by promoting staff activities, such as Take Your Kid to Work Day, featuring a visit by Radio Disney; outings to professional sporting events; and an annual diversity fest, where employees bring dishes inspired by their ancestry.

“Our idea was to become an employer of choice,” Fisher says.

That commitment consists of more than just novel activities. Grow Financial Federal took its lumps during the recession but continued its commitment to employees with no layoffs, pay cuts, or salary freezes. The credit union also continued its merit increases—generally 2% to 3%—and its 8% match on 401(k) plans.

“If we don’t have happy employees,” Fisher says, “they’re not going to take good care of members.”