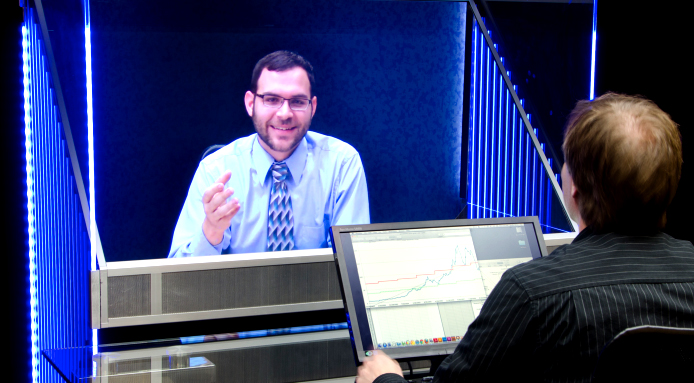 OmniSuite creates the illusion that members are “simply having a comfortable conversation with someone across the desk,” says MidUSA President/CEO Jim Miles. “The magical feeling arises when you have to remind yourself that the person you’re talking to isn’t in the room and that the image is a life-size, 3-D image. It feels so real and comfortable you tend to forget the science until you stop and think about it.”

MidUSA says it will be the nation’s first credit union to feature the technology, and that’s no coincidence. Buffalo Pacific Chairman/CEO David Allen, whose company developed OmniSuite along with Telepresence Technologies, is a longtime MidUSA member. Several credit union service organizations will install the system in coming months.

“Being first is an ideal position and it reflects our desire and mission to ‘make a difference in the lives of our members,’” says Miles.

Besides the technology’s “wow” factor, Miles forecasts OmniSuite as a vehicle to broaden the availability of MidUSA’s core services and expand the credit union’s membership.

“Once we saw it,” he says, “we knew it was the perfect complement to how we serve members.”