About 50 youths auditioned for the Michigan CU's singing contest. 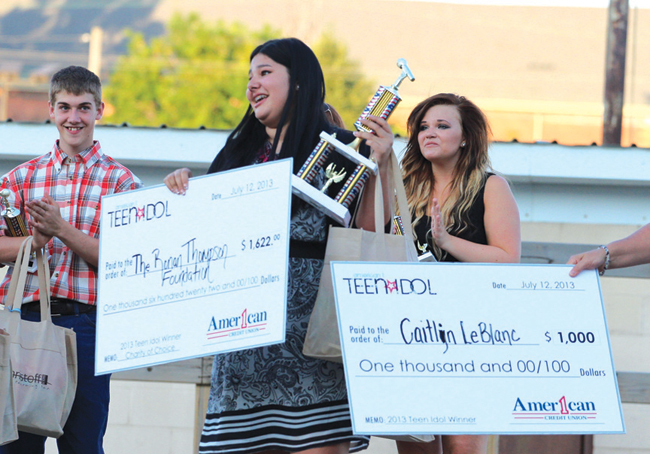 This year’s winner traveled six hours to compete and dreams of becoming a professional singer. A recent champ has been building his music career in Los Angeles and soon will release his first album. And this year, contestants raised more than $3,600 for good causes, including a local performance school with income-based tuition fees—defraying participation costs for the next crop of budding stars.

About 50 candidates ages 13 to 19 auditioned for the event, based on the TV hit “American Idol.” Ten finalists had to raise at least $250 each to compete on center stage at the Jackson County Fairgrounds. The Jackson School of the Arts, which helps staff the competition, received $2,000, with the remainder going to the winner’s charity of choice.

Fourteen-year-old Caitlin LeBlanc of Brimley, Mich., clinched the title in July by singing Miranda Lambert’s “Over You.” She took home $1,000 and an iPad, and donated $1,600 to the Ronan Thompson Foundation, which fights childhood cancer.

“She’s got a great voice, and says she wants to release an album someday,” says Lutz.

American 1’s events team also coordinates many free kids’ events as part of its branding and community and youth outreach.