Faith in Serving the Underserved

Don't believe the hype that members with spotless credit will bring you prosperity, CEO says. 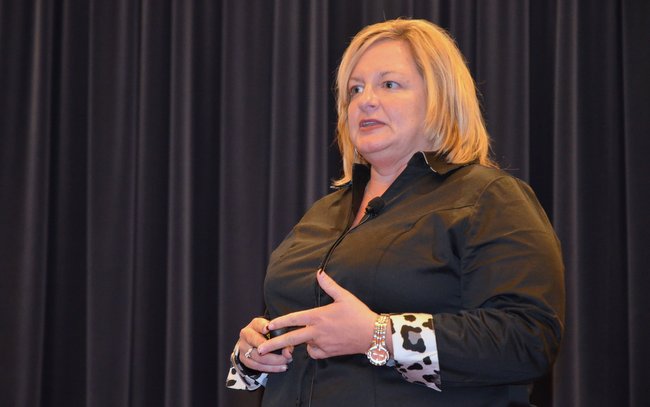 For those credit unions that have been led to believe the path to prosperity lies in focusing only on members with spotless credit, Teri Robinson has a message for you:

In engineering a stunning turnaround of Pacific Northwest Ironworkers Federal Credit Union, the CEO of the $10.6 million asset institution in Portland, Ore., placed her faith in a variety of tools designed to serve underserved consumers and those with marginal credit histories.

She was rewarded mightily.

“The NCUA has us thinking, only lend to A, A+ borrowers. That’s not true,” Robinson told a Community Credit Union & Growth Conference breakout session.

Hit hard by the recession, Pacific Ironworkers Federal fell into the net worth restoration program, bottoming out at 4.8% in January 2010. Examiners focused on four areas, according to Robinson: risky borrowers, higher than peer loan yield, higher than peer income, and higher than peer operating expenses.

Her curiosity piqued, Robinson analyzed her books and made a surprising discovery: Pacific Ironworkers Federal attributed 80% of charge-offs in 2011—and 60% the following year--to members with A+ to B ratings.

Pacific Ironworkers Federal’s most loyal members constituted that at-risk segment, Robinson said. She decided to earn back their business from predatory lenders, who were charging members an average annual percentage rate (APR) of 29% compared with 16% for the credit union’s average D-rated borrower; some even qualified for a C rating and an 8.75% APR loan.

“I figured, if they’ve been making that payment at 36% for 12 months, why not get that loan over here by me?” Robinson said.

This year, Pacific Ironworkers Federal granted 47% of its loans to C-, D-, and E-rated borrowers, had a loan yield of 8% and increased its portfolio by $5.7 million. It boasts a 1% delinquency rate, and a 101% loan-to-share ratio.

The National Federation of Community Development Credit Unions considers a lot of theories, says Blake Myers, a Federation consultant. “But it’s people like her on the ground that prove it can happen. She’s created a fair product that also works out very well for the credit union.”

Find more coverage of the conference here and at News Now.