'Table Is Being Set' for Tax Reform

The reform process could take some time, but there are important mileposts coming. 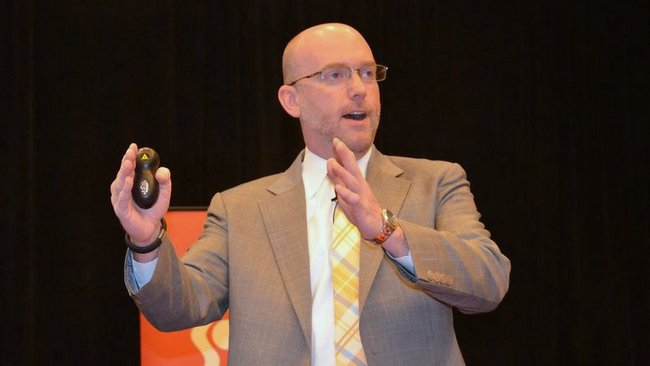 Credit unions’ membership numbers give them a tremendous advantage over their political opponents, the banks, Ryan Donovan, CUNA’s senior vice president of legislative affairs, told attendees of the CUNA Community Credit Union & Growth Conference Thursday. But that’s only if federal lawmakers believe credit unions can bring their members to speak up on their behalf.
Lawmakers take notice when they hear about how many credit union members there are, but they take action when they hear from those members, he said.  The conference in Uncasville, Conn., runs through tomorrow.

Donovan told the community credit union leaders that there are advocacy lessons for credit unions woven through the success of Prohibition Era politics.

First, political advocacy is a “long game,” he said.  Like prohibition workers, advocates have to be disciplined, have to work methodically to generate “support on the ground,” and have to be in it for the long haul—though hopefully, Donovan added, not the 60 years it took Prohibition to be established.
Another thing to remember, Donovan said, is that a group asking for change—like the banks asking to revoke the credit union tax status or the prohibitionists seeking to revoke alcohol—is always more passionate and more motivated than the one defending the status quo.
“Credit unions are the status quo” in the credit union tax status fight, he said.  "If we do not react when there is a threat, they may demonstrate the resolve to wear us down, and that would be bad for credit union members.
Noting the meltdown in Congress that has caused the ongoing government shutdown, he said he could anticipate that credit unions might wonder, given lawmakers’ seeming inability to get anything done, why bother fighting so hard on tax reform?
He informed the audience that Congress’ current 95% disapproval rating is “unsustainable.”
“When we are out of this crisis, there will be immense pressure on lawmakers to show that they can get something done,” and tax reform could be that something, he said.

The tax reform process has been a bipartisan effort, he reminded, and that the “table is being set for Congress to do something."
"The problems that led us to this fiscal cliff and to this debt ceiling problem haven’t gone away,” Donovan said. “We have a debt in excess of $14 trillion and the government has been running annual budget deficits since 2001. It’s quite possible that the resolution to the debt ceiling will include instructions for the tax-writing committees to produce comprehensive reform and perhaps expedited consideration.”
He said that while the tax reform process could still take some time, there are important mileposts in the near term.
“How the credit union tax status is accommodated in the early drafts of legislation produced by the Ways and Means Committee and the Finance Committee will be critically important,” Donovan said.
Regarding bank attacks, Donovan reminded that the banks have pushed tax legislation in Oregon and Illinois and run campaigns of anti-credit union radio ads in Missouri, Illinois, and Washington, D.C., among other things.
In an on-the-spot poll, Donovan canvassed his audience asking how many thought the tax threat to credit unions was real.  Ninety-one percent indicated they understood it’s real.
He urged credit unions to engage members in the advocacy efforts and noted the advocacy tools CUNA provides through its Don’t Tax My Credit Union campaign, including mobile advocacy apps that allow instant access to lawmakers and regular updates on the tax issue.

Find more coverage of the conference here and at News Now.