Los Angeles charity garners $10,000 from CUs' wager on the football game. 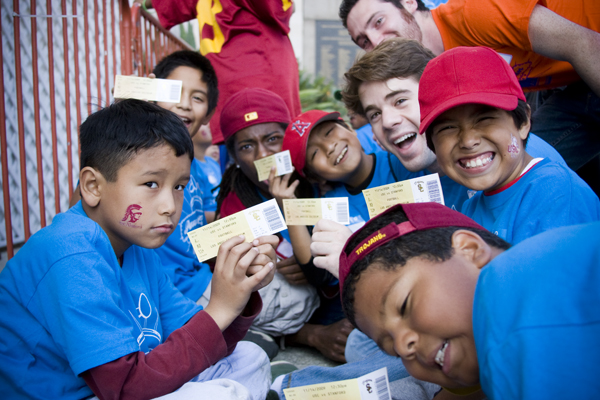 Notre Dame beat USC 14-10 in a matchup of the two legendary college football programs in mid-October in South Bend, Ind.

The credit unions wagered on which could generate the most credit card applications in the weeks leading up to the game. Each ponied up $5,000, with the winner donating the full sum to charity.

Although Notre Dame Federal took an early lead in the competition, USC Credit Union rallied to win by 50 applications.

“The rivalry is historic, so the campaign drew a lot of attention,” says Tere Denison, vice president of marketing at USC Credit Union. “And both charities are so great.”

The winnings went to Troy Camp, a program operated by USC students that fosters personal growth and academic achievement among underserved youth in the Los Angeles neighborhoods surrounding the campus.

The foundation—started by the family of Fighting Irish Coach Brian Kelly as a tribute to his wife Pacqui, a two-time cancer survivor—supports organizations, initiatives, and programs that emphasize health, education, and community.