Credit Unions for Kids: A Celebration of Champions 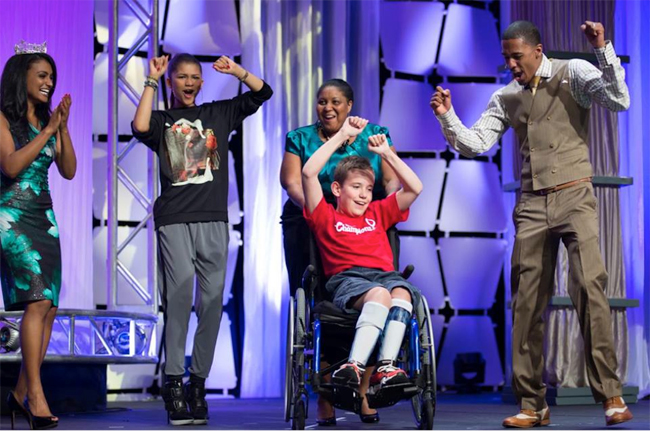 Celebration is an annual meeting like none other. The event brings together key CMN Hospitals stakeholders: patient families, hospital program directors and executives, celebrity spokespeople, media partners, and representatives from top industry contributors.

Credit unions, the third-largest CMN Hospitals corporate sponsor behind Walmart and Costco, contributed $10 million in 2012 and have raised more than $110 million since 1996 through their development arm, Credit Unions for Kids.

The highlight: A ceremony where each of the Champion Children receives a medal to commemorate their year as a CMN Hospitals ambassador.

Nick Cannon from “America’s Got Talent” emceed the event with the help of Miss America, Nina Davuluri of New York, and Zendaya, star of the Disney Channel sitcom “Shake It Up.”

“First Class American Credit Union is proud to honor our industry’s vision and ‘Unite for Good’ with credit unions nationwide in support of these kids.”

FELICITY GUERIN is the Credit Unions for Kids development manager for the American Association of Credit Union Leagues.