'We created a lot of awareness in a quick amount of time.' 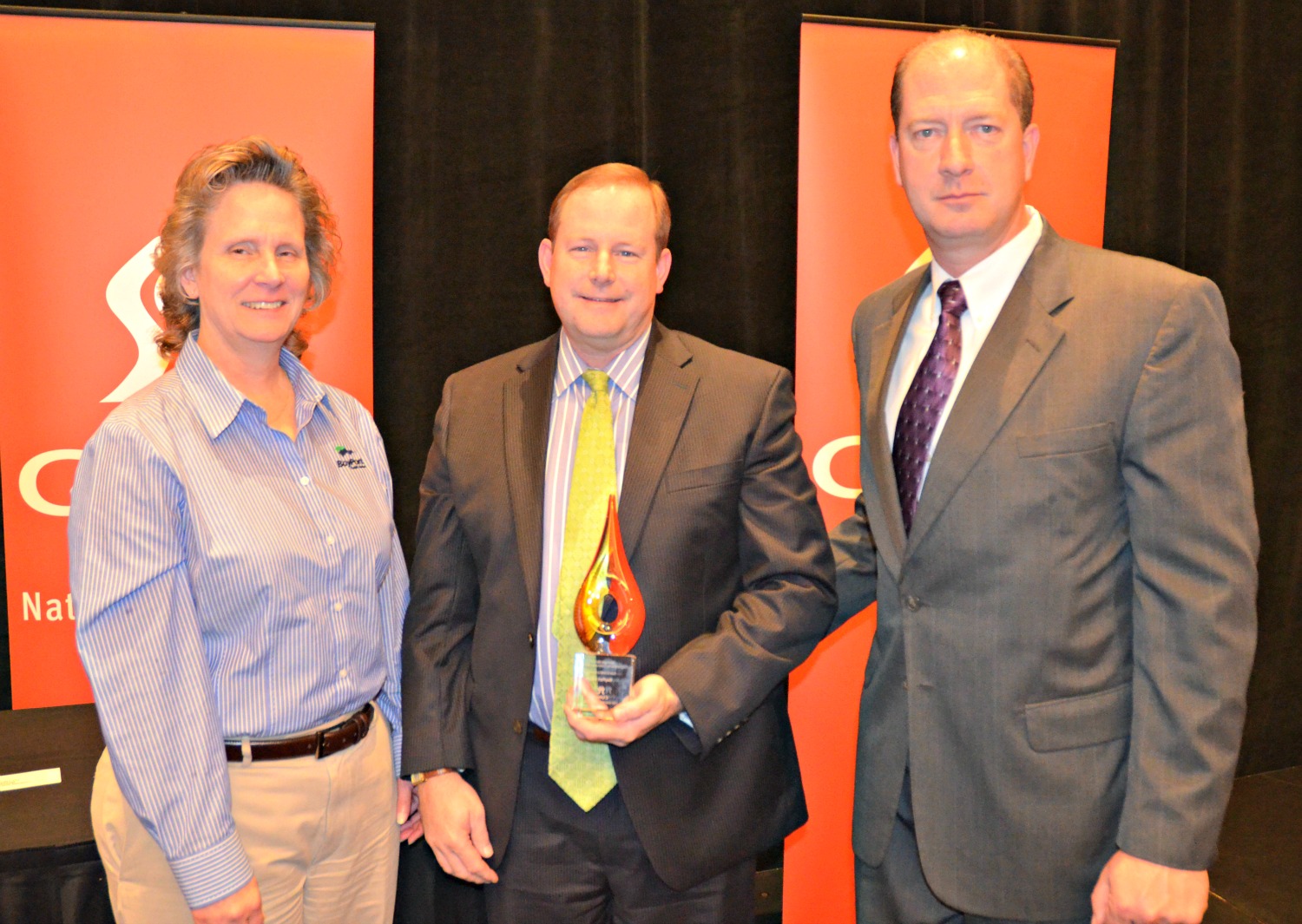 From left: BayPort CU Board Member Pam Rowe and Vice President of Marketing Monte Crowl accept a Community CU of the Year honorable mention award from Pete Dzuris, CEO of Northland Area FCU, Oscoda, Mich., and a CUNA Board member.

Seizing on the tone of the times, BayPort Credit Union staged an aggressive awareness campaign urging consumers in and around Newport News, Va., to "Ditch Your Bank"—and many of them did just that.

The $1.3 billion asset credit union, which boasts 102,838 members, garnered honorable mention standing in the 2013 CUNA Community Credit Union of the Year award competition among institutions with more than $250 million in assets.

CU Mag: What was the impetus for the DitchYourBank.com campaign?

Crowl: The big banks were stubbing their toes, and that gave all credit unions an opportunity to step it up. Our goal was to create something that demonstrated the credit union difference.

It was an awareness campaign, an educational effort, and we attempted to get some business out of it as well.

We targeted the campaign to the 18-35 age group. We hit those folks where they would see it—on mobile devices and the like—and did some very unique things to promote the campaign, such as our three gas giveaways, which we coordinated with a local radio station.

We baited the hook all week in advance of the giveaway, with announcements over the air and through a 35,000-person email blast from the radio station. I showed up at 5:45 a.m.—the event started at 7—and there were already three or four cars that had been in line since 3:30. By the time we started pumping gas, cars lined up all the way around these complexes.

We pumped $20 per vehicle and filled up 104 cars—a play on the radio station’s frequency. We had credit union executives out there, and branch managers, and more than 20 people volunteered their time from 7-9 a.m. for the giveaway, with a radio remote going until 10 a.m.

We talked to the drivers about credit unions in general, BayPort specifically, and gave away $100 of savings coupons for the credit union.

We also hired an airplane that flew a sign advertising the ditchyourbank.com website over the fourth of July weekend at Virginia Beach and saw a spike in hits.

We created a lot of awareness in a quick amount of time.

CU Mag: What’s the impact and staying power of that effort?

Crowl: “Ditch Your Bank” created great awareness, raised eyebrows, and certainly made a difference. We purposely chose to advertise it as Your Bank, and not BayPort, because we know that if a bank or credit union is associated with that message, people will say, "I’ve already got one of those—I don’t need it." Because it was advertised in a blind way, it was very effective.

We're going to begin to wean ourselves away from the campaign. People can only be mad [at banks] for so long. There are new things we want to tackle.

CU Mag: Why has your community involvement been so effective?

Crowl: We practice multiple levels of charitable giving with multiple organizations. We go wide and we go deep.

We’re heavily involved with the food bank here. Every year, more than 40 employees help set up and work our largest fundraising event where we raise more than $100,000. No other company in town provides that level of support.

CU Mag: How can CUs become more active in their communities?

Crowl: It doesn’t matter if you’re a $1 billion or a $100 million credit union—there are things you can do to be effective and meet the community's needs. As credit unions we have the heart to do that.

You can make a big impact if you think it through and are committed to the mission and vision as an organization. We really want to make a difference in people’s lives and it shows.