• One clip racks up more than a half-million views on your YouTube channel— and then gets hijacked by cyberpirates aiming to cash in on its lofty search-engine status.

• Membership among the targeted Generation Y demographic increases 51% from the year before the series aired, without an overarching campaign. 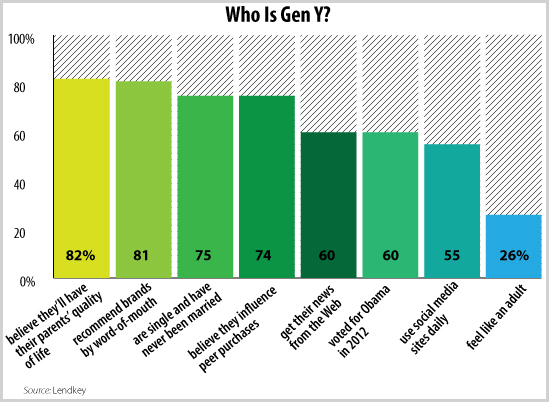 To what does the $489 million asset credit union owe this embarrassment of riches? A commitment to doing something different, an open mind, and geography.

IC Federal operates a branch near the offices of James & Matthew + Co., an advertising agency populated by twentysomethings that specializes in campaigns targeting that set.

Jim Pond—the “James” of that agency—and the other principals seized on a study indicating most people ages 18 to 34 don’t know the difference between a bank and credit union. They saw an opportunity to illustrate those differences and pitched to their neighborhood credit union a video campaign cloaking education within entertainment.

“People in Gen Y don’t like being spoken down to,” Pond says. “Anything that’s done has to be done in a manner that’s collaborative—not like your dad sitting across the table lecturing you about what you should do.”

Online Banking Videos Don't Have to Be Boring

IC Federal had been eyeballing a Gen Y effort, and enjoyed the prospect of partnering with an agency that proposed to make banking fun— and funny. “We worked together to generate specific questions people might have, and educate them on what can be confusing,” says Monica Turner, the credit union’s Internet and social media specialist.

The irreverent series covers topics such as:

• Owning a house vs. renting, set to the animated baroque tale of “The Landlord and the Broker.”

• The benefits of saving, featuring a stream of bleeps over “The ‘S’ Word.”

• The pitfalls of credit cards in “Behind the Plastic with Credit Card Murphy,” a takeoff on the formulaic VH1 “Behind the Music” rise, fall, and rebound rock star biographies.

“They obviously target Gen Y, but they’re family-friendly, and anybody would be amused and learn something from them as well,” Maguy says.

The series went viral on the credit union’s YouTube channel. “Credit Card Murphy” drew more than 550,000 views before three channels “hijacked” the video—reposting it as their own. IC Federal removed it until re-establishing clear ownership.

In addition to winning “Best Specialty Campaign” and “Best Video Marketing Awareness” in PR Daily’s 2013 Digital PR Awards, IC Federal ranked No. 1 for YouTube viewers among credit unions, according to The Financial Brand.