CU undergoes rapid transformation into pillar of the community. 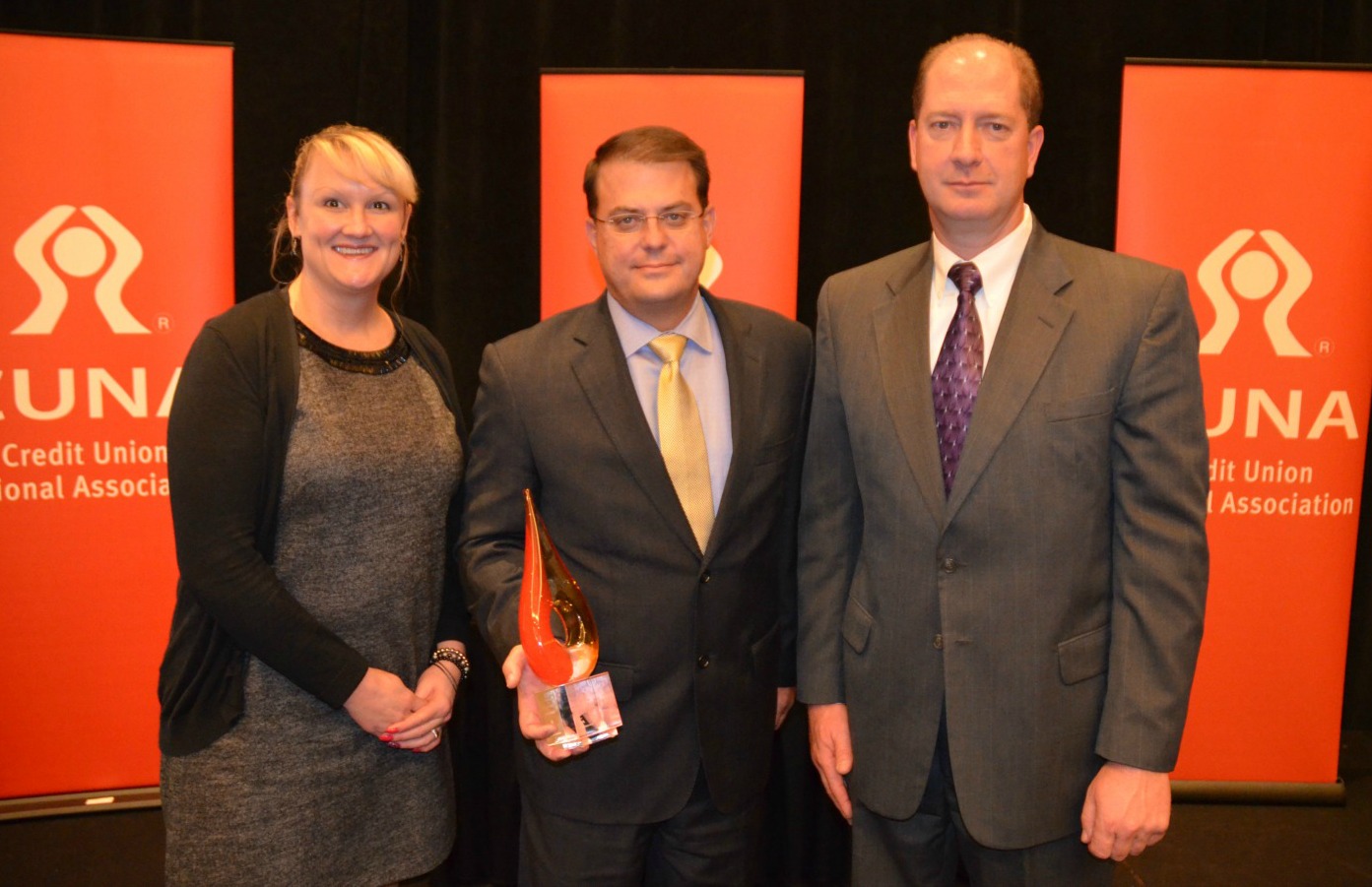 From spearheading redevelopment efforts in challenged neighborhoods to creating an all-hands-on-deck employee workday for volunteer causes, Freedom First Federal Credit Union has focused on becoming an elite Low-Income Credit Union since landing that designation in 2010.

The $314 million credit union, which serves 46,514 members in Roanoke, Va., and surrounding areas, earned first place in the 2013 CUNA Community Credit Union of the Year award competition among credit unions with more than $250 million in assets.

CU Mag: Can you describe the three-year journey you took toward serving more low- and moderate-income members?

Phillips: Serving people of modest means is hard-coded in our bylaws, and it's the mission of all credit unions. We’ve just chosen to go back to that and say, “All right, we think that’s what we’re called to do.”

We’ve embraced that, and kind of ironically, people are finding that to be really unique.

I think that culturally, the concept is starting to get embedded in our organization. When we started out with our cultural and community activities, we formed a department. And a lot of those activities that were unique programs were happening primarily within the confines of that department.

We’ve taken steps—whether that be through employee meetings or our Intranet—to engage the rest of the organization, but that takes time.

Dave has been focusing on engaging branches and trying to get more of the traditional side of the business to embrace and understand the community development aspect of our business. They do it every day; they’re serving a lot of low- and moderate-income people every day in their branches.

But Dave has been able to design a more robust line of products and services to help them, whether it's to stabilize a household, get transportation, get a house, or get a budget. We remain a work in progress for sure.

We’ve got a lot of long-term board members, and what we’re doing now is kind of a return to the same values and mission that first attracted them to Freedom First. They embrace it, they support it, but at the same time we have to run this place like a business.

That’s why they’re insistent we prove—and we’re happy to comply—that these unique activities are in fact sustainable. And if they’re not, when will they be—and what are we going to do in funding to bridge that gap? That’s where grants come in.

We’re constantly evolving. What’s been encouraging outside the credit union is that the community has really embraced and recognized what we deliver as something that’s been sorely missing in the continuum of care and collaboration among various community sectors.

CU Mag: Why should CUs think beyond their walls to address larger societal problems?

Prosser: Some credit unions might be intimidated to dabble in certain areas, thinking they don’t have a role in that field. Homelessness—why would you be tackling homelessness?

But really what it’s about is preventing homelessness. So through financial education, or restructuring debt for someone, you’re helping them stay in their home. Or maybe we have access to some home improvement grants so their home won’t be condemned. So we do have an active role in homelessness.

Likewise, our healthy food initiative. When you look at poverty, healthy foods, and health in general, financial fitness also plays a role in the healthy balance of that lifestyle for a household. So, you can’t really fix one of those if you don’t build a solution for all.

It supports the notion that there’s a continuum of care and there’s a place for financial institutions in that continuum of care. And because of credit unions’ unique mission, values, capacity, and products, we belong there. We add value.

Paul: We’re doing what we feel like we’re built to do. We’re getting better at it.

We’re continually able to make a business case for these activities as well as a social impact case. So it’s fun. It’s much more rewarding than just free checking and used car loans.

CU Mag: What’s been the impact of the major rebranding campaign you launched in 2013?

Humphries: A lot of these good works and community development efforts have been under way for several years, but rather quietly—kind of working behind the scenes.

Our launch of this rebranding campaign, and the addition of our tagline—“Where People Bank for Good”—has really allowed us to tell our story to the public, and explain who we’re helping, how we’re helping, and give some recognition to all the things we do behind scenes.

It’s ringing true with a lot of people. There’s the feeling that, “Hey, I have to bank somewhere—why not do my banking somewhere that actually is making a difference in the community?” That’s been a refreshing change for our area.

Phillips: We had restraints for several years while we were building that portfolio of stories and accomplishments, so when we did start to share our successes and programs, they were defensible and verifiable.

We have a lot of credibility now due to Dave’s work and the fact we had that restraint early in process. It was a very disciplined approach.

The rebranding campaign has really differentiated us in the market, and that’s what every business wants to do, right? They want to create differentiation from the competition in ways that matter, and hopefully that people connect with.

CU Mag: What were the key aspects of the Blue Envelope program, where people on the street were given small sums of cash and asked to put it toward a good cause?

Phillips: We identified ambassadors, people who are centers of influence in the community who really identify with Freedom First and what we’re trying to do. We gave them a certain amount of envelopes that they would then hand out whenever, however, to whomever they chose.

Both the ambassadors and recipients of the envelopes were encouraged to post on social media so we’d get a multiplication effect. The effort was strategic, but also to reinforce the point that we’re local, we reinvest in community, and we’re paying it forward. This program was a manifestation of that. It was fun.

Looking back, we should’ve had behavioral science students from some of the nearby universities accompany the ambassadors because the behavior of people receiving the envelopes was very interesting to observe.

In general, people receiving Blue Envelopes fell into one of three categories. Either they were mistrusting and thought you were trying to sell them something and wouldn’t take the envelopes. Or they said, “Give that to somebody who needs it more than me” or “That’s really cool, I’m going to spend it on ‘X’ or pay it forward.”

Invariably, you’d get one of those three reactions. Personally, most said to me, “There are others who need this more than me.”

Humphries: A lot of it was small denominations—$5 or $10—but it was profound to see how just a little bit can make a difference and brighten people’s day.

One lady called me because she didn’t have a social media account or a computer, but she got my contact information from one of the media stories that ran. She said, “I was in line in the drive-thru at McDonald’s and I got up to pay for my order, and the car in front of me had left a Blue Envelope and said, ‘Use this to pay for the meal for the next person in line.’”

She started tearing up on the phone and said, “You just have no idea—it was only $10 and while I know that’s not a lot of money, my husband recently passed away, and my son and I are having a rough time financially. That morning, as a special treat, we were going to use a coupon for a free breakfast at McDonald’s, which is the only reason we went.”

That Blue Envelope let her also get a breakfast for herself, and have a little extra change. She was just so touched by that small gesture. I heard so many stories like that—small acts of kindness. I think that’s been important in getting our message out—that that’s what we do, on a larger scale.

There was some evidence that people were even adding money to the envelopes. We heard some examples of people getting $35, and we were like, “We didn’t put that in there!” So people were recognizing specific needs of other people and making sure they strategically gave them the right amount of money to cover some expense.

CU Mag: How has interacting with other nonprofits enhanced your ability to procure grants for community development?

Prosser: A lot of it is being a conductor and pulling all the right players to the table. There’s a lot of people who want to do good things but they just don’t know where to start.

Our West End project has been a great example of collaboration because it couldn’t have come together solely from Freedom First's efforts. It’s about identifying the right nonprofits, identifying other community leaders that can contribute, bringing those people to the table and brainstorming on how we can make this happen. That’s really where it started.

The project has allowed me to re-evaluate everything else we do in community development. On our other outreach efforts, who else can we bring to the table who has some expertise?

There are a lot of great nonprofits doing some really great things out there, but often times before they can assist their client with that final step—whether that’s tackling affordable housing, or transportation, or financial education—many times they need a financial institution to step in and fulfill that need. That’s where we play a great role in the process.

Phillips: Whether or not you’re successful in obtaining funding for whatever you do, it’s part art, part science, part good timing, and a whole lot of luck. Writing compelling grants is absolutely a skill set.

But also, Dave has done a great job tracking data. Funders are all about outcomes, and how do you measure outcomes? You give them data. We’ve put a lot of effort in setting up custom fields and systems and workflows where we capture that data. It is added work, for sure. But being able to provide the impact outcomes through data, we think is a differentiator.

Also, you have to be in the funder’s space, to a degree, to understand what your sources are. We've learned a lot.

CU Mag: What’s the impact of your Community Workday, where every Columbus Day holiday all your employees form work crews and volunteer their time en masse?

Phillips: It is our team-building exercise. We don’t have a ropes course; we have Community Workday.

We have a lot of fun with it. When we develop a program out in the community, we have various partners, and when Community Workday rolls around, we’re going to have a preference for those partners and try to direct dollars into those nonprofits. It’s kind of like mission work. If you show up one time in a foreign country, the impact is what it is. But where you really have the impact is when you go back the next year.

So we try to go back. It brings a lot more credibility to the relationship and what we’re trying to accomplish. We’re putting our money where our mouth is, as well as our time. It’s not just window dressing by any means.

Humphries: We create a T-shirt every year that is given to everyone who works. We design a couple of themes and looks for the shirt and put them on the corporate intranet, and our employees all vote for the design they like best.

So there’s 160 people descending on neighborhoods in the same shirt. It’s kind of a neat look when you see us all coming, carrying ladders and paint buckets and whatever else while we’re going out to the worksites.