Nothing’s Random About These Acts of Kindness

'We were looking for something different; something unexpected.' 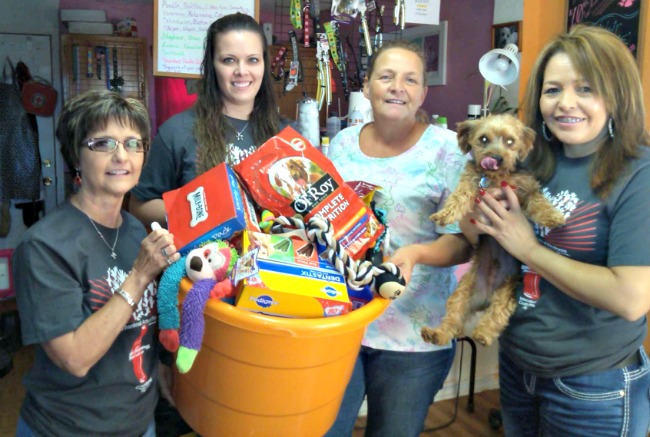 They surprised assisted living residents with an impromptu sing along, delivered muffins and snacks to local police and fire departments, brought snacks and books to daycare centers, and picked up the tab for meals at restaurants and fill-ups at gas stations.

But these good deeds were far from random.

For the second straight year, employees at Complex Community Federal Credit Union brought International Credit Union Day to life in the Texas communities they serve by committing “55 Intentional Acts of Kindness” on Oct. 17—one for every year of the $378 million asset credit union’s existence.

“We were tired of the standard cake and punch in the lobby. We were looking for something different, something unexpected,” says Lisa Wyman, vice president of marketing and human resources at Complex Community Federal, which is based in Odessa, Texas.

“We sat down as a team and asked, ‘What do you think of when you think of credit unions?’ We hit on the idea that it’s all about people helping people— making a difference in their everyday lives.”

All 130 employees from the credit union’s nine branches participated, requiring no shortage of coordination since, as Wyman noted, “We still have a business to run.”

But they avoiding being pushy, making a point of not interrupting people as they dined. Instead, they relied on wait staff to pass cards to the lucky recipients of free meals, proclaiming they’re “victims” of these acts of kindness.

“The aftereffect doesn’t linger for just a day or two,” Wyman says. “The employees are still talking about it, and they’ve run into someone in the supermarket who’ll say, ‘Hey, your credit union bought my donut!’”

The Intentional Acts of Kindness event has become part of the culture at Complex Community Federal, which already has fielded employee suggestions for the 56 acts staff will commit this October.