Solving the Fannie and Freddie Puzzle

The nation’s $10 trillion housing finance system needs reform, but there’s little agreement about what reform should look like.

Congress continues to debate proposals and legislation for overhauling the U.S. housing finance system and resolving the longstanding federal conservatorship of Fannie Mae and Freddie Mac.

There’s general consensus that while the private sector must play a greater role in mortgage financing, some level of federal support is essential to mortgage market stability and liquidity.

Reform could have a significant impact on credit union mortgage lending operations and earnings.

Many industry stakeholders believe changes to these government sponsored enterprises (GSEs) must take place, but it’s unclear what those changes might look like.

Fannie and Freddie play a pivotal role by fostering a secondary market for mortgages, which in turn expands access to housing for millions of Americans.

These entities don’t make loans. They buy them from lenders, package them as bonds, and guarantee them against default. Together, Fannie and Freddie own or back about half of all U.S. home loans.

On Sept. 7, 2008, the federal government placed Fannie and Freddie into conservatorship (allowing the government to administer the agencies) because defaulting loans threatened their solvency. The Treasury Department injected $189.4 billion to rescue the failing organizations.

In exchange for the cash injection, Treasury obtained preferred shares carrying a pidend of 10% and approximately 80% of common stock.

In the meantime, new regulations limited potential competition. This gave Fannie and Freddie even greater market power: Their insurance revenue has doubled, and the GSEs now purchase 80% to 90% of all new first mortgages.

With the turnaround in the housing market and rising home prices, Fannie and Freddie now are turning a profit. As of December 2013, Fannie Mae will have paid the Treasury Department $114 billion in pidends, slightly less than Treasury’s $117.1 billion holdings. Freddie Mac has paid $71.3 billion in pidends, compared with the $72.3 billion Treasury injection.

With Fannie and Freddie earning approximately $10 billion each quarter in profits, Treasury is expected to recoup its initial investment by early 2014.

It’s important to note that none of the pidend payments go toward paying back the $189 billion infusion of aid, which was in exchange for the preferred shares. Neither housing agency has the option to buy back the shares. Therefore, the pidends provide a substantial financial boon to the government.

Many believe Fannie and Freddie should be split into smaller stand-alone mortgage securitizers, none of which would be “too big to fail.” As such, there would be no implicit government guarantee of their liabilities and no subsidized funding from the private sector in the form of below-market interest rates. 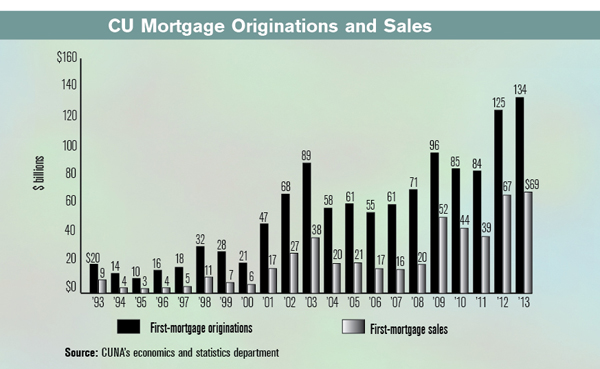 Conservative members of Congress generally favor shutting down Fannie and Freddie and allowing the private sector to run the $10 trillion housing finance system. More liberal members of Congress believe there’s a role for government to ensure the availability of mortgage credit for all borrowers, especially less-affluent consumers.

One reform proposal calls for a full wind-down of Fannie and Freddie over five to seven years. Another plan involves privatization backed by government insurance (Senate Bill 1217—the Housing Finance Reform and Taxpayer Protection Act).

Still other proposals would gradually lower the conforming loan limits of Fannie and Freddie over time, allowing the private sector to come in and pick up that business.

NEXT: Principles for reform