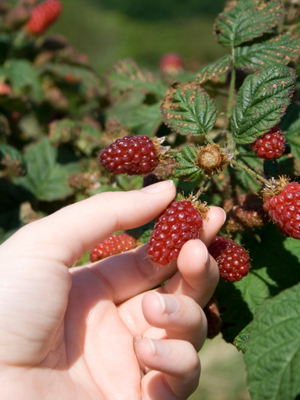 For Roxy Ostrem, the last straw was when the check-cashing truck pulled up to the edge of the Boskovich Farm in 2010, enticing migrant workers with quick cash, only to supply them with a raft of counterfeit bills.

That’s when Ostrem—the farm’s quality control manager, chair of the Ventura County Credit Union (VCCU) board of directors, and co-founder of the World Council of Credit Unions’ Global Women’s Leadership Network—decided it was high time to protect this largely unbanked population.

VCCU leapt into action with an aggressive outreach program spearheaded by CEO Joe Schroeder and Ostrem. It has made a giant impact in the agricultural hotbed, which relies heavily on migrant workers to churn out $2 billion of berries and other produce annually.

The credit union promises to break down more barriers in coming years after expanding in 2013 to serve five additional employer groups and a sizable population of indigenous workers from Mexico.

“I got here four years ago, and went out into the field and saw how hard the workers were working and knew they were being exploited by payday loan people and check cashers,” Schroeder says. “I felt the outreach to commit to agricultural workers in the county was important.”

VCCU has demonstrated that commitment by investing more than $100,000 in the program, including hiring an employee for direct oversight, and refining its approach to fit the needs of the community it serves.

“Initially, we had the whole kit and kaboodle on site,” Bradley says. “We’ve been slowly reducing what we provide because we want to teach our members to be self-sufficient.”

Despite competition from nontraditional bankers and big banks that hide long-term costs, VCCU enrolled 210 members through the program by the end of 2012.

One of those members saved $11,000, and seven saved $5,000 each, according to Bradley. Some have purchased cars and homes.

This past fall, VCCU introduced responsible financial services to some of the region’s approximately 20,000 Mixteco—indigenous, non-Spanish-speaking people from the Oaxaca state of Mexico—the bulk of whom are migrant workers.

VCCU’s partnership with the Mixteco/Indigena Community Organizing Project (MICOP) crystallized after a fire destroyed 25 houses and all the families’ cash on hand.

The credit union translated its curriculum. Its outreach officer, Jesse Zamora, grew up with Mixtecos.

“We are in it for the long haul,” Schroeder says.

Fostering service excellence is one of the objectives of the national Unite for Good campaign. Credit unions do so by constantly improving financial services to members of all backgrounds and life stages. Across the country, advocates are working toward the goal in which Americans choose credit unions as their best financial partner.