A Mighty Transformation: Inside the 'Crashers' Video Shoot

During his quarter-century in financial services, Andy Janning has attended more than 100 conferences of all stripes, and admits to being a bit jaded by some of the temporary transformations he’s witnessed from attendees.

That’s why the CEO of NO NET Solutions came away impressed from his experience chronicling this year’s Crash the GAC, which drew more than 40 young credit union professionals to CUNA's Governmental Affairs Conference in February in Washington, D.C. 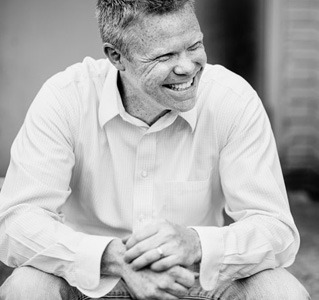 “I've dedicated my professional life to the great joy of helping people hit their goals," Janning says. "I know the difference between those who use conferences as an all-expense paid corporate vacation and those who use it as a crucible to burn off old habits and revolutionize their career.

“And in my life, I've never seen a transformation like what I witnessed in that group.”

Janning captured elements of that transformation in his coverage of the sixth annual Crash the GAC, a partnership between CUNA, The Cooperative Trust, and the credit union leagues. The program provides conference registration, additional monetary support, and perks such as mentor sessions with industry thought leaders.

The colorful and insightful Janning recently shared with Credit Union Magazine his thoughts about documenting the Crash the GAC experience, which included boiling down two hours of video into a 78-second clip (see above), as well as 2,000 still images.

CU Magazine: What’s the No. 1 emotion you wanted to capture?

Janning: I wanted to capture connections and transformations, first and foremost. I know I just gave you not one, but two things that are totally not emotions. Give me the "Worst Interview Subject EVER" award right now. 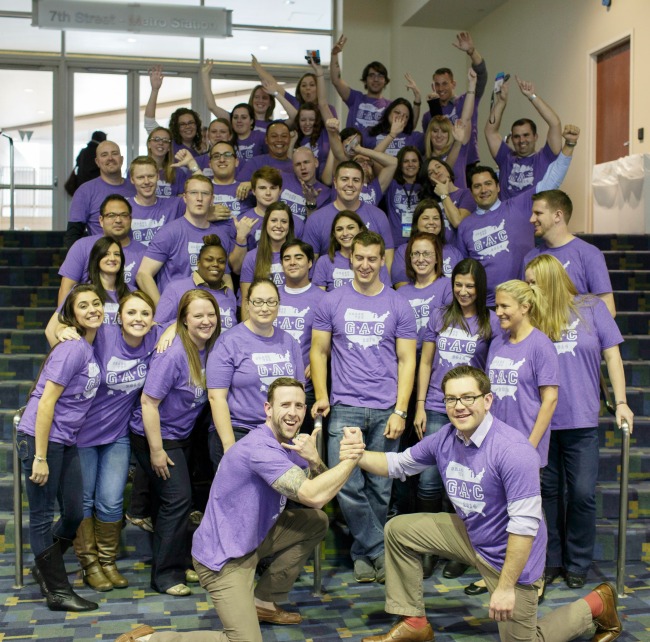 Those are the two types of events, though, that linked the group not just to each other but to the credit union industry as a whole. When those events happen genuinely, the emotions will be there. They did, and they were.

Connections with leaders like Bill Cheney and Ryan Donovan from CUNA; Gigi Hyland and Lois Kitsch from the National Credit Union Foundation; Andrew Downin, Tansley Stearns, and Mark Meyer from Filene Research Institute; and literally dozens of others. Connections with lawmakers and lobbyists. Connections with an event and an environment that is both humbling and inspiring.

Transformations as they realize they're standing on the shoulders of giants like Edward Filene—that they have the extraordinary opportunity to help this industry evolve and grow.

CU Magazine: How did you see the “We Are More” motto embodied during the week?

Janning: There is a night and day difference between the raw footage of the Crashers as they came together as a group for the first time and when they said their final goodbyes five days later. It is, quite literally, not the same group of people.

On that first day, they were nervous about what to expect and what was expected of them. Many of them had never been to D.C. or to an event the size of GAC. Interaction with each other for those first few awkward minutes was limited to the barest social niceties. 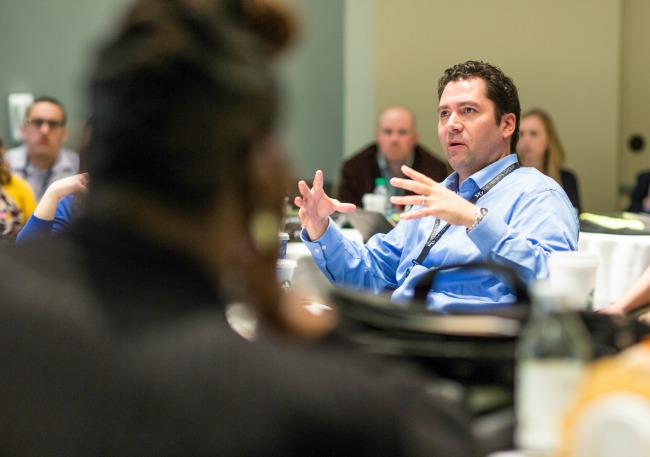 These four mentors to the Crashers made possible the connections and transformations I mentioned earlier. As the Crashers met and learned from the parade of experts, I saw their self-consciousness evaporate, replaced with intensity and eagerness.

Half the group was ready to sign up for CUDE training right after their time with Gigi and Lois. Ryan Donovan could have easily conquered Capitol Hill with the number of Crashers willing to throw themselves head-first into the legislative fray.

Those who were able to get a few moments with Bill Cheney were admired like astronauts returning from the moon.

CU Magazine: What sort of comments or actions did you witness that leads you to believe these folks will be tomorrow’s CU leaders?

Janning: On the last day, the entire group huddled in a meeting room in the basement of the Westin Hotel, not just to debrief their GAC experience but to answer the most important question of all: "What are you going to do more/less/better/different as a result of GAC?"

Meghann, Chad, James, and Chris stood at the front of the room, listing on flip chart pages the commitments made by each Crasher to go back and change their little corner of the CU world.

The list spanned 15 flip chart pages. They lined the walls of the room, reminding them of what they said they would do while daring them to go even further.

Many of those people from whom those lists sprang had tears in their eyes as they shared their commitments. You want to know the subject that aroused the most emotion, dedication, and excitement? Mentoring—as in these young professionals becoming mentors to other eager young professionals back home. Not for their own reward or recognition, but because they understood that's how a better future is built, the seeds and fruit of which can be found on the new site for the Crashers. 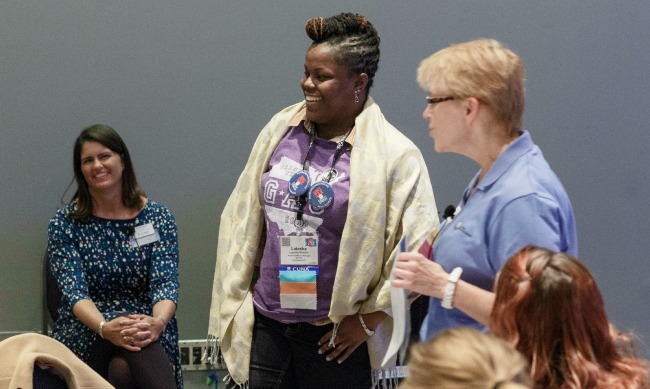 When it was time for them to fly home and start the real work of changing the world, the goodbye embraces you see at the end of the video lasted 30 minutes. Some will dismiss these misty-eyed hugs and pledges with cynicism and scorn, saying they're little more than grown-up summer camp emotions that will melt like morning mist and barely move the needle for the CUs who paid good money for these folks to attend our industry's largest event.

I have only this to say: I've dedicated my professional life to the great joy of helping people hit their goals. I know the difference between those who use conferences as an all-expense paid corporate vacation, and those who use it as a crucible to burn off old habits and revolutionize their career. And in my life, I've never seen a transformation like what I witnessed in that group.

The next great generation of CUDE's is in there. A "Next Top Credit Union Executive" is in there. So is a future Trailblazer, CU Hero, CU Magazine Rock Star, CEO, Woman to Watch, C-level leader, board member, and servant leader. I saw it. I shot it. I know it.

CU Magazine: Why did you select that Brent Dixon piece for the soundtrack—and do you enjoy that people can experience it on two levels, simply as music or from a CU true believer?

Janning: The song of Brent's that I used, "Notes from a Hotel Room in Minnesota", has moved me ever since he released it in June 2012. It's a beautiful piece of music that, for me, has a simple and elegant optimism. When I first heard it, I prayed for an opportunity to use it in a video project.

So, to be able to use his art for the Crashers group that he created, and in the service of The Cooperative Trust that he founded and nurtured, was an answered prayer and a perfect chance to honor him in a subtle yet meaningful way.

If I can be one-tenth the artist, innovator, and force for good that Brent Dixon is, I will be a happy man.

CU Magazine: Did you ever consider adding subtitles for James Marshall? We’re joking. But we do love that English accent.

Janning: James Marshall is one of the finest leaders I have ever met. The Trust is in good hands. And that accent is pretty killer!