Fly in the High Performance Zone 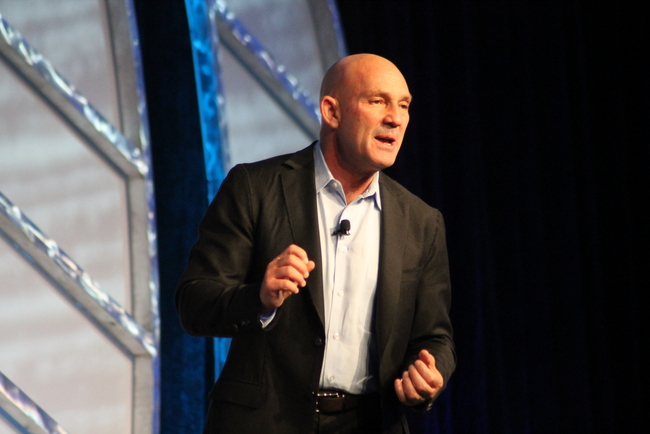 John Foley, who flew in the movie Top Gun, urged credit union leaders to take their teams not to the “danger zone,” but the “high performance zone,” Thursday at the CSCU Solutions Conference in St. Petersburg, Fla.

The high performance zone is “the gap between where you are and where you want to go,” said the former Blue Angels pilot, Sloan Fellow at the Stanford Graduate School of Business, and entrepreneur.

“It has a lot to do with leadership,” Foley said.

Foley reverse-engineered the culture of team excellence found in the Blue Angels—the U.S. Navy's flight demonstration squadron known for precision—for his presentations and created a model for others to achieve high performance. He extolled traits such as:

Purpose. A team’s belief in the processes, products, people, and purpose of an institution is critical.

“If you can elevate your team’s belief level, your performance will follow,” Foley said.

Credit unions, he noted, already have a leg up on the competition.

“What is beautiful about credit unions is that you have deep relationships with your members,” he said. “Don’t take that for granted.”

Focus. “If you can learn how to focus your mind, you can direct it many places,” Foley said.

Clarity matters. Multitasking is a myth. “There is no such thing,” he said.

Alignment. Foley urged attendees to go home to their credit unions and ask one question of their teams: “What is our centerpoint?”

Then listen, he said, and see what answers you get. Most commonly people will cite goals, objectives, milestones, and checkpoints. Are the answers what you expected?

“The power of the question is not the answer,” Foley said. “The real power is whether you get the same answer.”

Trust. As a Blue Angel, you are putting your life in the hands of your team, Foley said. You need to trust that your team will do what they say they are going to do and vice versa.

Think about the informal agreements, or personal contracts, you already have with your team and then reinforce them.

“If you focus on trust, I guarantee execution will follow,” Foley said.

Humility. Or in the way the Blue Angels express it: “Glad to be here.”

Foley said debriefing was a critical component to the success of the Blue Angels. These sessions would often be longer than their performances and consistently took place afterwards. You can’t just debrief when things go wrong, he said.

“If you do them only when things go wrong, you are creating a whole different environment,” Foley said.

Team members must be open to criticism, fess up to mistakes, leave their rank at the door, and always verbalize: “And, I’ll fix it.”

There’s never been a perfect Blue Angels show, but that doesn’t stop the team from trying.