Tony Dungy: Be More Than Successful

Strive to be a significant leader, the Super Bowl-winning NFL coach says. 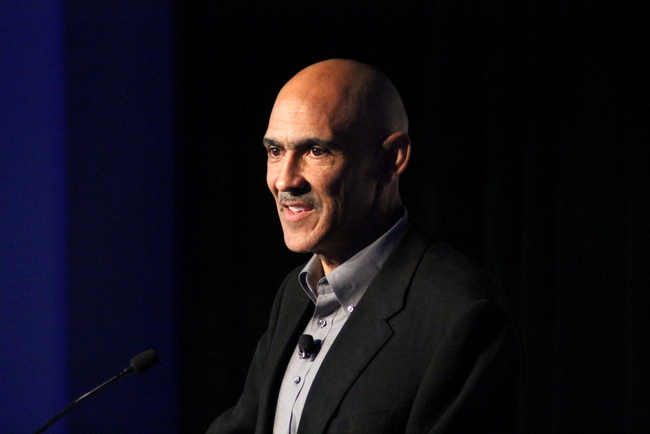 Tony Dungy won a Super Bowl as the head coach of the Indianapolis Colts in 2007, and set a National Football League (NFL) record for consecutive playoff appearances by a head coach with 10 from 1999 to 2008.

He also coached Peyton Manning, one of the greatest quarterbacks in the history of football. But Dungy prefers to talk about the difference his players have made off the field.

“Significance is much harder to find than success,” Dungy told attendees of the 2014 CSCU Solutions Conference in St. Petersburg, Fla. “A lot of people are going to be successful, but not everybody is going to be significant.”

Dungy’s journey to success and significance wasn’t always easy. He was regularly passed over for head-coaching jobs in the 1990s because people didn’t think his leadership style would work in the NFL.

The former defensive back, who also won a Super Bowl as a player for the Pittsburgh Steelers in the late 1970s, said he was never the type to scream and holler at players the way many coaches do.

“I had to make a decision [whether] I was going to stay true to my beliefs or take the suggestion of some people [who] said, ‘Maybe you better become a little more aggressive, raise your voice a little more, and be more forceful.’ But I couldn’t do that. That wasn’t me,” Dungy said.

Eventually, the Tampa Bay Buccaneers hired Dungy in 1996. He helped turn around the franchise from a long-time loser to a perennial playoff team. Later he led the Colts over the Chicago Bears in Super Bowl XLI.

After winning the big game, Dungy said the people who once viewed his leadership characteristics—which focused on respect and always doing the right thing—as weaknesses began to see them as strengths.

“If you do things the right way, eventually you will be rewarded,” Dungy said. “Be who you are, do what you do, and don’t worry about the criticism.”

“Develop relationships. Find out about people and do things that help them be the best that they can be,” said Dungy, now a studio analyst for NBC's Sunday Night Football. “The best leaders I have been around are people who can connect with the people they are leading.”

Leadership is also about embracing your guiding principles. For Dungy, that means remembering the lessons his parents taught him, including that “doing the right thing isn't always the easiest thing, but in the long run it is the best thing.”

And, he said, apply your values in every decision.

“Do the right thing all the time. Put your principles first, no matter how big or small the decision,” Dungy said. “You never know which one is going to be a defining decision.”

Decisions you agonize over might not amount to much, while decisions you make in a split second might change your life.

And strive to be bigger than yourself, Dungy urged.

“Going that one step farther can make a difference in someone’s life," he said. "And that, to me, is the difference between success and significance.”