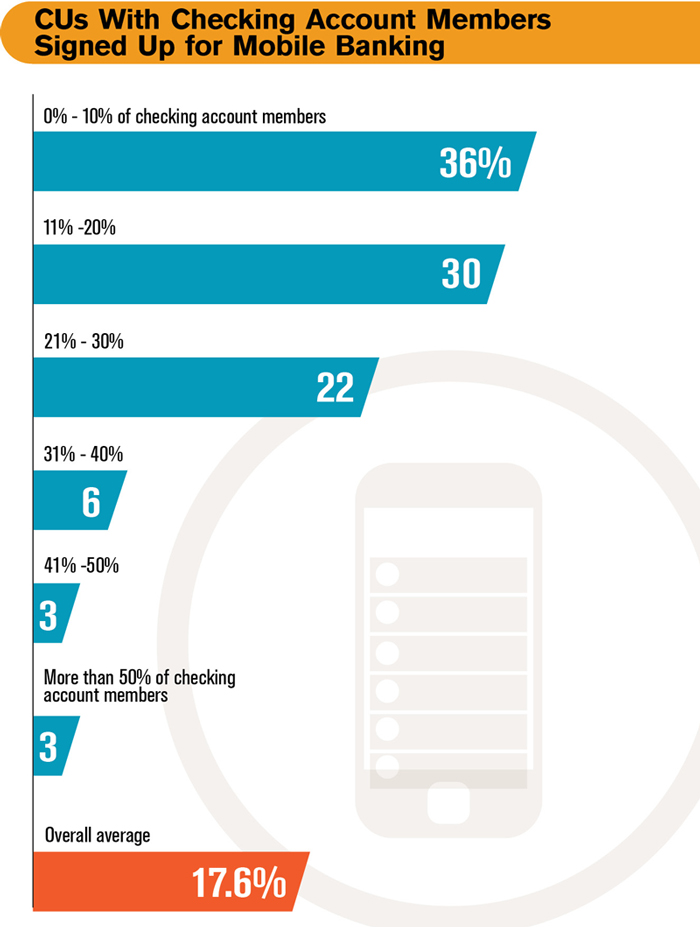 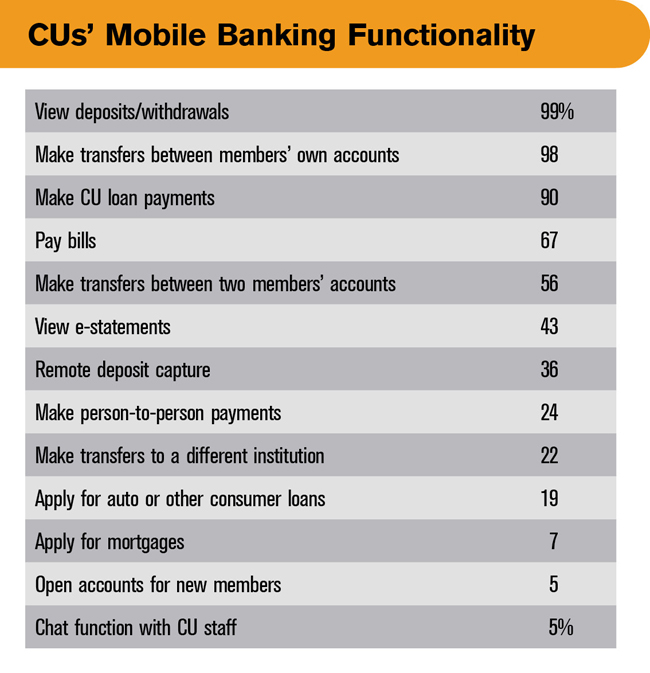 Larger credit unions (those with more than $500 million in assets) are much more likely to distribute tablets—82% of CEOs, 73% of senior management, and 79% of directors have received them. And at these large credit unions, 42% of member service representatives or other staff also have received tablets.

It’s less likely, however, that credit unions’ online banking programs let members make transfers to other members (72%) or apply for auto loans or other consumer loans (65%).

Even less likely are online banking options such as making person-to-person payments or applying for a mortgage (33% each), transferring funds from the credit union to a different institution (27%), opening an account as a new member (22%), or using remote deposit capture to make a deposit (20%).

Credit unions with more than $500 million in assets are much more likely to offer all these online banking features. At least 70% of large credit unions offer these features, with the exception of person-to-person payments (52%) and “live chat” features (30%).