The CO-OP Financial Services CEO is high on the future of P2P. 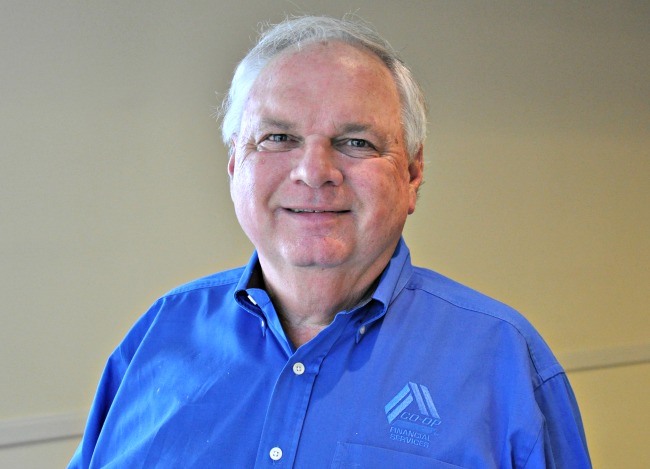 But the CO-OP Financial Services CEO says credit unions shouldn't focus on developing their own digital wallets, because only a small segment of their membership would embrace that option.

Rather, credit unions should urge more members to primarily use the credit and debit cards they issue, for both traditional and electronic purchases. Less than 15% of the membership base at most credit unions exercise that option, according to Hollen.

"The key is to have the credit union member choose to put their credit union card top of wallet—first choice," says Hollen, who this week presided over CO-OP's Think 14 Conference in New Orleans. "That keeps the credit union relationship strong and it preserves interchange income, which is very important for a credit union."

Hollen: EMV (Europay, MasterCard, and Visa "chip cards") absolutely would be at the top of the list; second is probably mobile access in general, followed by person-to-person payments (P2P).

CU Mag: The Target breach accelerated adoption of EMV. What role will chip cards play in preventing breaches and fraud?

Hollen: EMV is certainly going to help fight fraud, but it won't do anything for card-not-present transactions. Nothing. That's a misconception. Aside from the data breach—and that is an area where EMV cards will be an improvement, because you won't have to reissue them—fraud control right now is so good, between the analytics, online transaction monitoring and other tools, that fraud losses have been better contained. So the payback—the return on investment, if you will—on EMV is not robust. It's just time that it came."

CU Mag: What about critics who contend we should bypass EMV and move on to cloud and mobile solutions?

Hollen: EMV is going to have a magnetic stripe on it for 10 years. Most transactions, for quite some time, will still go through a mag stripe, until the merchants catch up and deploy EMV units, and then it’ll transition over to that.

There’s a case to made for, ‘Well, that’s nice, it's about time we got EMV, but shouldn’t we just leapfrog to the next thing—maybe smartphones?’ Well, consumers just aren't ready for that. Merchants aren’t ready. Consumers aren’t either.

Hollen: We see a lot of interest in, and attention to, digital wallets. It’s no different than a [traditional wallet.] You have one, and you have cards in it. When you go to buy something at a store, you decide which card you’re going to use: debit, store card, Visa, or MasterCard?

We do encourage credit unions to offer an electronic wallet—V.Me from Visa, MasterPass from MasterCard, for example. But the key thing is the credit union is not going to choose the wallet for members. They might pick Google, or any of the other options out there; Apple might come out with a wallet with the iPhone.

Hollen: Sometimes you see technology chasing a solution. There are ways to do things technologically, but will consumers adapt to it? A great example would be NFC. Near-field communication was supposed to be a big deal: You’d pass your phone near a terminal and it would transmit [a transaction]. NFC is dead. Technologically, it works. Consumers really weren’t ready for it.

Electronic wallet is coming—you’ll see more of that. You’re eventually going to make enough of your payments through a smartphone. But today, go try to do that. You can’t do it. Almost nowhere.

Sometimes you’re too close to the forest to see the trees. Sometimes we [financial institutions, technology firms, etc.] get so wrapped up in thinking about the technological answer, but it’s the consumer who’s going to make the decision.

CU Mag: If not digital wallets, where should credit unions focus their payment strategies?

Hollen: Person-to-person payments is going to have a lot more play short-term, and really take off. Say I buy baseball tickets from the neighbor. You can transfer $80 to his phone, he’ll get a notice and go on his phone. He'll activate the account and create either an ACH—or, in the case of our Sprig product, if he happens to be a member of a credit union that’s in shared branching or touches our switch, it’ll transfer immediately. That’s very useful.

CU Mag: What’s the one point you hope every CO-OP Think 14 Conference attendee takes back to their credit union?

Hollen: That what they see and hear is enlightening, gets them charged up to make something happen. How many times do people go to conferences and have a nice trip, but then nothing happens? This is different. This is really a motivational kind of conference.