New- and used-auto loans account for the bulk of CU loan growth. 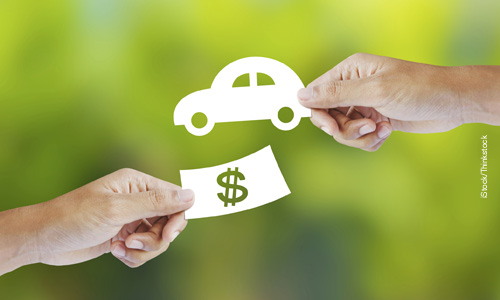 If you're taking stock of where credit unions are doing their heaviest lending, look no further than auto loans.

CU Direct represents more than 1,100 credit unions, which are, as an aggregate, the nation’s fourth-largest auto loan originator.This group experienced 21% growth in funded loans in 2014.

Although new-auto sales remain almost 12% off the peak recorded in 2000, auto loans were the stars in credit unions’ portfolios in 2013, according to CUNA’s economics and statistics department.

“There has been a dramatic rise in new-auto sales this past year—the most since 2008,” says Will McGregor, president of Integrated Lending Technologies. “Used-car sales were strong for a while, but pent-up demand for new cars is showing itself.”

He says the National Auto Dealers Association predicts new-car sales will top 16 million during 2014, the first time that has happened since 2007, due to pent-up consumer demand. Credit unions already are benefiting from this: “They’re making 5% to 10% more indirect auto loans now than they were before the Great Recession.”

He adds that another factor is that captive auto finance companies aren’t capturing market share like they have in the past, opening the door for credit unions.

“Our technology allows a credit union to research pricing of loans in the indirect program to see if there is any pattern of disparate impact,” McGregor says. “We have tools that enable identification of a borrower’s gender, race, and ethnicity. Results can then be compared against the corresponding rates and other factors to see if there has been disparate impact.”

Kirkbride says some credit unions have shied away from indirect lending due to credit quality issues. “But competitive pressures and peer expectations are leading to their re-engagement in indirect lending. They want to diversify again, which has changed their appetite for risk.”

Still, he says, despite low delinquency rates, many credit unions still struggle with low margins and yields. “Many credit unions continue to focus on low-risk borrowers, which limits opportunities for improved earnings and growth.”

The “mid-prime group” of borrowers, Kirkbride says, represents an excellent opportunity. “Credit unions could improve yields by addressing this market.”

Another key factor in auto loan success is maintaining healthy relationships with auto dealers, McGregor says. “Many credit unions need help with this. Some don’t like working with dealers because they perceive them as enemies or fear they’ll be tricked.

“We say that credit unions should see dealers as partners,” he continues, “and recognize that auto dealers lending. Dealers are always looking for local lenders who understand their needs. They like to be able to tell car buyers, ‘I can get you a great rate with a local financial institution.’ ”

McGregor says credit unions can expand the indirect lending concept to include motorcycles, recreational vehicles, boats, and more. “Those form a very big market, and our system can accommodate those different equipment types.”

Faster is better when it comes to closing loans, Kirkbride adds. He advises credit unions to:

“Credit unions cannot be timid,” McGregor advises. “They can’t shy away from auto lending challenges—the risks are all manageable. Few credit unions that are experiencing growth today are doing so without indirect auto lending.”

Auto loans, however, aren’t the only game in town. Although the mortgage refinance boom has ended and mortgage applications have been tepid during the first quarter of 2014, credit unions shouldn’t give up on this product.

“Members should think of you when they want a mortgage,” Kirkbride says.

Credit unions that succeed in the mortgage arena have a sense of urgency—they understand borrowers’ and real estate agents’ points of pain. Real estate agents, for example, are under a lot of pressure.

“Their reputations are on the line in terms of performing well for clients, and they rely on future referrals,” Kirkbride says. “Does a credit union have the same sense of urgency in helping the agent? When it does, it creates great word of mouth.”

That’s despite the fact that mortgage applications slowed during 2014’s first quarter. “The increase in mortgage rates has pushed the market from refinance transactions to purchase-money transactions,” he says. “Our clients are having success with the old standby products: fixed rate-conforming mortgages that offer members stability and the security of knowing their payments aren’t going to change. We’re also seeing a larger number of high loan-to-value loans with mortgage insurance.”

Construction financing, however, has become less popular due to the oversupply of housing in many markets. This oversupply makes it much more affordable to buy existing homes.

“Until the surplus of existing properties is sold,” O’Connor says, “this will be an ongoing issue.”

But the biggest mortgage-related challenge for credit unions this year is the growing number of compliance requirements from the CFPB. Some of the agency’s new rules have affected the mortgage business throughout—from loan origination to loan servicing.

As a result, “credit unions need to focus on products they understand and are comfortable originating under the new compliance requirements,” O’Connor says. “If your members are looking for products outside your comfort zone, find a partner who can assist you with originating these products in a compliant manner.”

Above all, mortgage lending success requires credit unions to be proactive, he says. “Don’t wait for members to ask for mortgages. Market to your member base and provide preapprovals before they find homes. Use technology to your advantage, stay in constant contact with your members, and keep them informed of changes in your market.

“Don’t be afraid to solicit realtors—they can be key to obtaining new business.”

PATRICK TOTTY is a freelance writer based in Larkspur, Calif.