Expect 3% economic growth for the rest of the year. 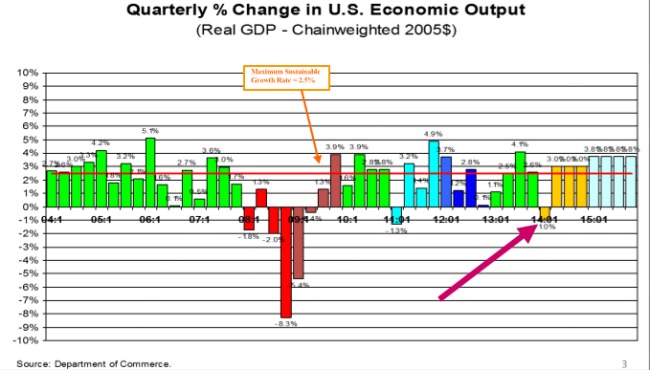 “We had a 1% decline in GDP during the first quarter, mainly due to the bad weather we sustained in the U.S.,” Rick says. “That caused construction activity, transportation, and retail sales to decline. Put those together and we had a declining economy.”

Stronger business investment, a rebounding housing market, and rising auto sales, however, will turn this around, he says.

“We expect 3% economic growth for the rest of the year, which will accelerate to 3.8% going into 2015,” Rick predicts.

Healthier household balance sheets will also push the economy in a positive direction.

“Consumers have paid down much of their debt and consumer confidence is rising,” Rick says. “Put those together and consumers are going to start spending more.”