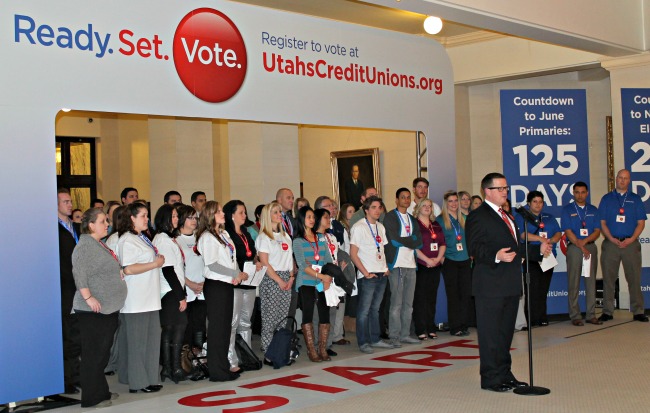 Utahns registered to vote at credit unions statewide or online at utahscreditunions.org during the effort, called “Ready. Set. Vote.”

“The campaign provided Utah’s credit unions a great opportunity to talk about civic involvement to their members, and it wasn’t based on fighting or policy,” says Scott Simpson, UCUA president/CEO.

About 40% of Utah’s two million eligible voters aren’t registered. In 2010, the most recent midterm cycle, only one of three eligible voters went to the polls—the secondlowest turnout among the states.