The keynoter's speech was roundly praised on social media Tuesday. 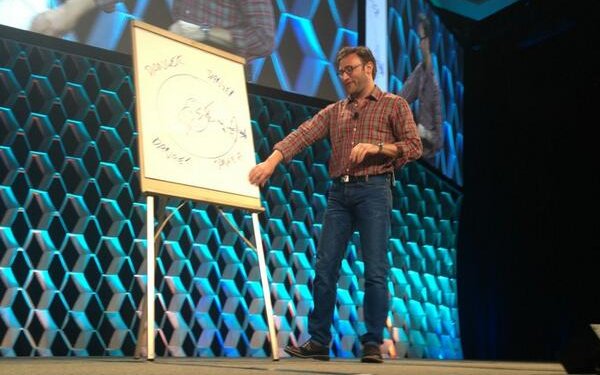 Described as “a visionary thinker with a rare intellect,” Sinek teaches leaders and organizations how to inspire people.

#acuc brought #ted to us, thanks for sharing @simonsinek with us!

Simon Sinek just gave one of the very best speeches I have ever witnessed. Amazing. #acuc http://t.co/ihsXIRxTbB

Watching the awesome @simonsinek on the monitor in the green room at #ACUC pic.twitter.com/OHR058ntd7