CUs will reach 100 million members this summer. 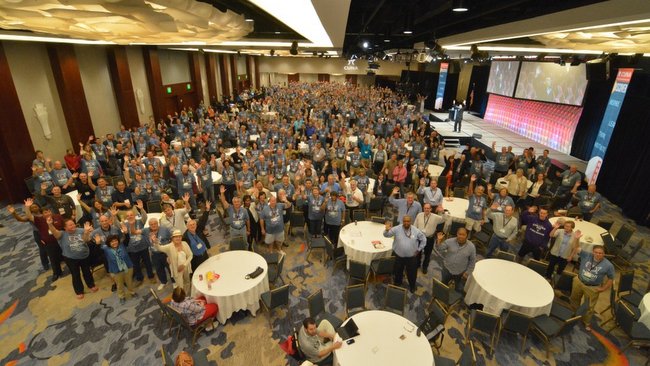 This summer, credit unions will reach the significant milestone of 100 million memberships.

To commemorate this achievement, CUNA and the leagues have developed a celebratory campaign to focus on the growth and strength of credit unions.

“This is a great milestone worthy of a true celebration to mark our commitment to our members and the communities we serve," said CUNA Interim President/CEO Bill Hampel in the weekly President’s Report . "In advance of reaching the 100 million members mark, we want as many people as possible to understand and see the strength of our movement through the faces of our membership.”

CUNA and the leagues are inviting members to get involved by tweeting a “selfie” using the hashtag #100MM and submitting them to AmericasCreditUnions.org. As many photos as possible will be collected.

The campaign got a boost at the 2014 America’s Credit Union Conference in San Francisco.

While the campaign isn't exclusive to the conference—and will be ongoing—many credit union folks learned about it for the first time this week. CUNA set up a special area there just for people to take their “selfies” (a self-portrait typically taken with a cell phone camera).

People are lining up to take their #100MM selfies at #ACUC. If you aren't here, snap one yourself and share it w/ us! pic.twitter.com/0vsmOvlZuT