Credit union staff hear stories everyday about the person who couldn’t get a car loan from a bank. So he or she joined a credit union and got the loan, along with some good financial advice, resulting in a strong, life-long relationship.

“Credit unions have opportunities with each age and demographic group within their field of membership,” says Mike Schenk, CUNA’s interim chief economist. 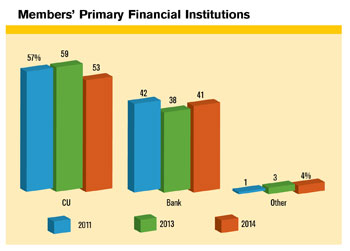 Many baby boomers, for example, desperately need help with retirement planning, he points out, especially since the average family retirement account today is only about $44,000, according to the Federal Reserve, if they have such an account. Half of them don’t even have one.

Another huge problem for many of your members is student debt. “Both retirement planning and student debt issues beg for a trusted financial adviser to step in and help,” Schenk says. “If credit unions do that, they could cement member relationships and strengthen loyalty.”

Be there for Gen Y

Two-thirds of Generation Y (ages 18 to 34) have at least one type of outstanding, long-term loan, such as student loans, mortgages, or car loans, according to a recent study from Filene Research Institute. And about 30% have two or more loans outstanding. Plus, about half say they’re carrying a balance on their credit cards.

Credit unions have opportunities to help young adults address their debt problems, the Filene study found. “With strategies that focus on debt management and financial literacy, credit unions can target the most problematic areas for Generation Y,” concluded the George Washington University researchers, who partnered with Filene on the study.

In addition, credit unions can help the younger segment of Gen Y (ages 18 to 24) get financial assistance to attend college.

The golden age of retirement is gone and it’s not coming back, Hendrix Niemann, managing director of wealth management at CUNA Brokerage Services, told an audience at the National Association of Credit Union Service Organizations in April. 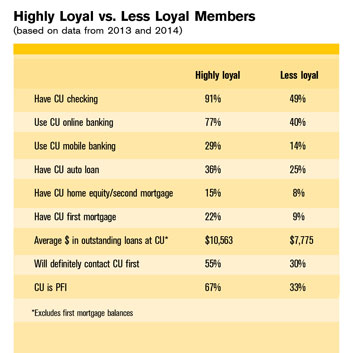 In this “new normal,” people live in retirement for 25 years or longer, and many haven’t saved nearly enough. They fear, and justifiably, that they’ll outlive their money. Concerns about meeting out-of-pocket medical expenses in later years add to their worries. Such fears, Niemann says, will escalate as members grow older.

“Credit unions have a major role to play in educating their members about these issues and helping them navigate the ‘new normal’ of retirement,” he says.

But, he adds, credit unions must be the ones to start the conversation with members. “Don’t wait for them to come to you,” he advises. “Reach out to them and ask them to visualize their future, and then help them figure out a realistic retirement plan.”