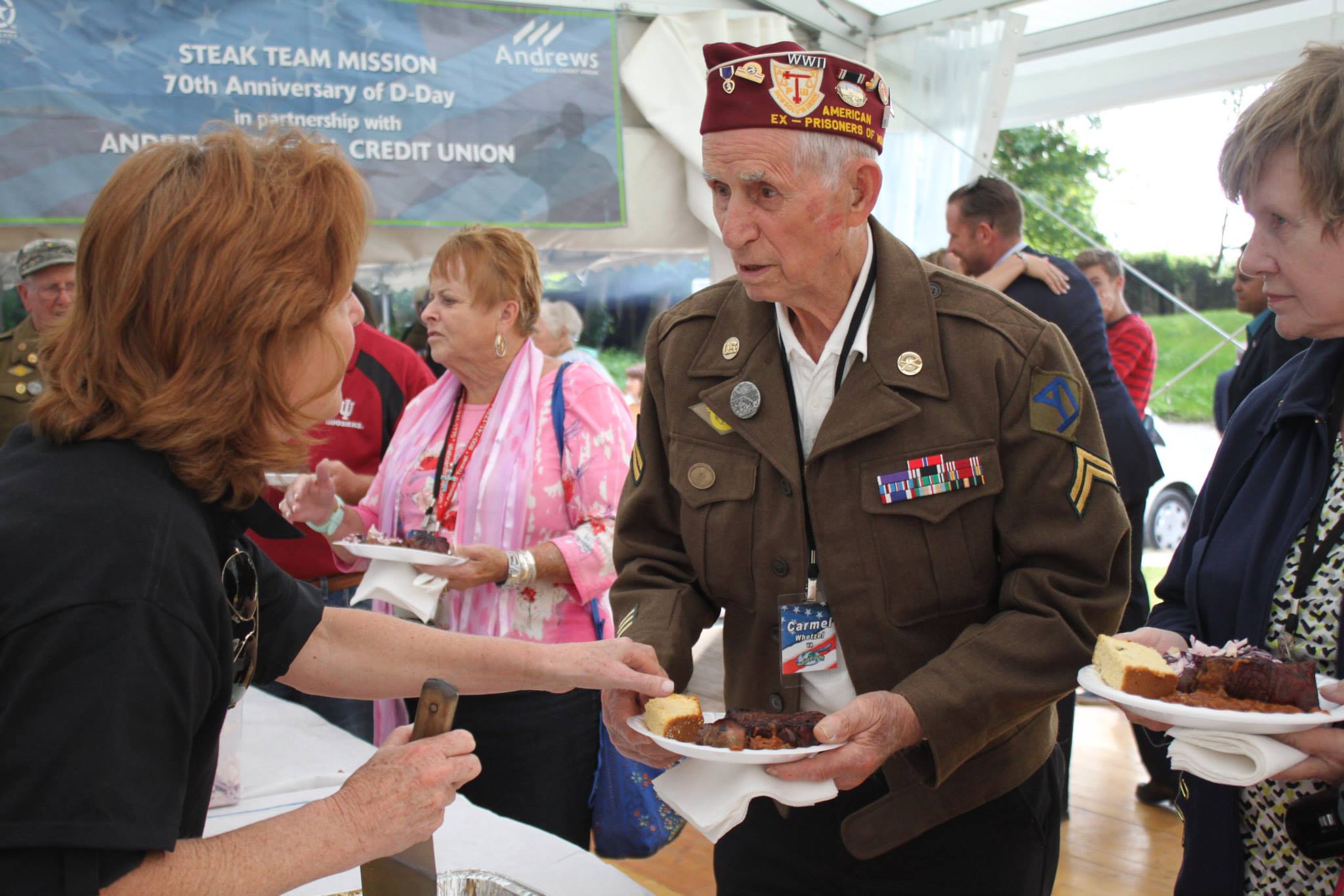 Thanks to Andrews Federal Credit Union, a host of D-Day veterans celebrated their tide-turning victory in World War II with a barbecue dinner atop the Normandy beaches, where 70 years earlier they gained a continental foothold against the Nazi war machine.

The $1 billion credit union in Suitland, Md., partnered with Steak Team Mission to serve 600 steaks to these American military heroes and their families on June 5, a day before the commemoration of the largest amphibious invasion in history.

The group gathered in Picauville, France, at the Château Bernaville—the home of the Allied Conservatory Foundation, which offers educational and cultural programming honoring the D-Day legacy.

During the Nazi occupation, the château served as headquarters for German General Wilhelm Falley, who was ambushed and killed there by troops from the U.S. 82nd Airborne Division.

Andrews Federal, which maintains a rich tradition serving military members and their families, is a major contributor to Steak Team Mission, a nonprofit organization that has served more than 50,000 steaks to service members around the globe since 2002.