Boomers Are a Booming Business

How can you provide financial strength and opportunity for your boomer members? 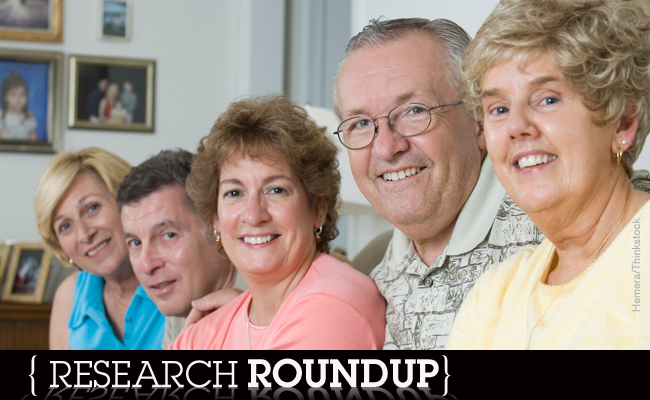 As a child, did you play with Barbie dolls, Hot Wheels, sleds, bicycles, and hula hoops?

Is your name John, Michael, David, Linda, Mary, or Susan?

When you think about influential world events, do you consider nuclear bombs, the Cold War, Sputnik, Woodstock, Watergate, and a man on the moon?

Do you recall it was OK for movies to have sad endings? And media portrayals of teenagers were of people who had opinions and ideas to consider. TV shows still depicted traditional family life, although the real world reflected changes to this domestic unit.

If these descriptors apply, you are likely a Baby Boomer, according to generational traits described in a West Virginia University paper, “Understanding Generations.”

Understanding generational traits leads to a discovery of a demographic group’s values, and this understanding consequently allows varying age groups to better relate and appreciate one another’s concerns and issues.

And perhaps it allows retailers and service providers to develop goods and services to accommodate these varying needs.

Baby boomers take the fore in research findings this week. Can you relate?

‘Age is an issue of mind over matter. If you don’t mind, it doesn’t matter.’—Mark Twain

“Though Boomers Control Most of the Available Income, Marketers Rarely Seek Them Out,” says Dex Media.

“Research firm Marketing Charts is reporting that marketers are overlooking one of the biggest goldmines for disposable income—the Baby Boomer generation.” This cohort controls nearly 70% of disposable income in the U.S. but “less than 5% of advertising budget monies are spent on the members of this group.”

Boomers consult advertising in their selection of goods and services, but “the lack of targeted marketing has created a gap, leaving Boomers feeling they are a snubbed population.”

Boomers began turning 65 in 2011 and are “projected to continue to influence characteristics of the nation in years to come,” says the Census Bureau.  Even as this generation declines in upcoming decades, demographic influence remains as it “will continue to shape… racial and ethnic composition and its age structure” as various population patterns are expected “to produce an increasingly diverse population.”

Baby boomers, then, are an impactful cohort.

A further look at what’s happening with this group is found in “Marketing’s Next Home Run,” an interesting report by the National Marketing Institute and BoomAgers.

This generation is beginning to retire “at a rate of 10,000 per day,” and this will continue for the next 17 years. “The implications for product innovation and marketing practices will be significant for years to come.”

·         Brands should be realigned to changing boomer preferences;

·         Boomers are experience-oriented, and products should connect with enjoyable experiences;

·         Communicate how your brand associates with quality of life.

‘I get all fired up about aging in America.’—Willard Scott, media personality

Let’s get fired up in examination of boomer income, expenditures, and housing trends in consideration of their financial needs and preferences.

Older workers remain on the job to recover lost savings resulting from the economic downturn, and boomers currently hold a greater percentage of jobs in science, technology, engineering and math now than before the recession.

Small business is booming, too, as boomers “are… poised to be a primary driver of small business formation in the next decade and beyond,” notes Risk Management.

It is expected these businesses will be financed with savings—85% of Guidant Financial survey respondents think “purchasing a business with retirement funds, as opposed to debt, is a good idea.”

Boomers are more likely to take on new business risk than either Gen X or Gen Y, and are identified as “favorable credit risk.”

“Fertile ground exists for lending institutions and other companies to develop new products and services to cater to this emerging breed of business owners.”

Survey results show “recent retirees are living relatively comfortably on an average of 66% of pre-retirement income, less than the 75% to 85% financial planning standard.” That’s because this group is flexible and adjusts early to retirement; 89% indicate “they are very or somewhat satisfied.”

“12 Surprising Facts about Boomer Retirement” are revealed by U.S. News.  Among them:

·         Debt levels decline among this group. One-third have paid off their mortgages and more than half have cut personal spending.

“Baby Boomers Aren’t (Yet) Downsizing in Droves,” says The Wall Street Journal. “While their households are shrinking and they are working less, boomers were just as likely to be living in detached single-family housing in 2012…as they were in 2006.”

Why? Boomers simply like their housing: “84% of boomers… said they’d prefer to live in their current house for as long as possible.”

Will homebodies impact reverse mortgage services? “U.S. Retirees Return to Reverse Mortgages, Big Banks Stay Away,” says Reuters, and “It is smaller lenders that see an opportunity in reverse mortgages.

Indeed, “Reverse Mortgages May Be Ready for a Revival,” concurs cbsnews.com. “The reverse mortgage is going to be a lifeline for millions of retirees in the years to come,” says a Bankrate analyst, as savings may be lacking in 401(k) plans.

Reverse mortgages may bring an element of risk, “But for seniors who want to stay in their homes and age in place, a reverse mortgage may be a good option.”

“Aging is not lost youth but a new stage of opportunity and strength,” said Betty Friedan.

How can you provide financial strength and opportunity for your boomer members?

LORA BRAY is an information research analyst for CUNA’s economics and statistics department. Follow her on Twitter via @Bray_Lora.