Ups and Downs in Homeownership

The housing industry is improving, but many young adults are delaying their first home purchase. 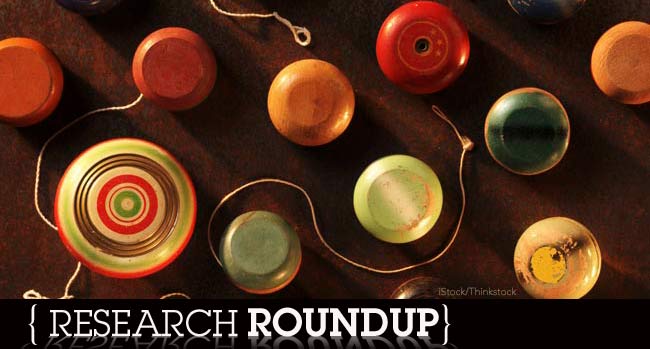 Yo-yos have been around for centuries. A Greek vase from 500 BC depicts a boy playing with a yo-yo, although yo-yos “originated in China at a much earlier date,” says Wikipedia.

The modern yo-yo made its appearance in 1928. Although yo-yoing lost popularity during World War II, the 1960s brought renewed interest.

The 70s sparked innovation. Yo-yos came in “take apart” versions, sported new axle and string connections, and included friction-reducing ball-bearings to allow intricate tricks. This simplified a maneuver known as “The Sleeper… the basis for nearly all other yo-yo tricks.”

Like yo-yos, our housing market has its ups and downs. Consumers and lenders alike have been spinning with the economy—devising various lending maneuvers, starting new housing trends, and waiting for the corrective “jerk” to end a “sleeping” state.

This week: an exploration of housing updates. Is the economy still stringing us along?

‘I tried to throw a yo-yo away. It was impossible.’—Mitch Hedberg, comedian

Let’s first investigate current home buying and ownership statistics. Where are we now relative to where we’ve been?

“U.S. Homeownership Rate Falls to Lowest in 19 Years,” says Bloomberg. Here, “The share of Americans who own their homes was 64.7% in the second quarter, down from 64.8% in the previous three months,” according to new Census Bureau data.

This matches the rate in 1995’s second quarter.

It is hard for many entry-level buyers to obtain financing, and housing is more expensive despite low interest rates. This may account for the drop in ownership: “First-time purchasers accounted for 28% of all sales of previously owned homes in June, compared with about 40% historically.”

Further, new highs in prices were realized in 13 states, including Colorado, Texas, Oklahoma, and Iowa.

Considering residences sold, NAR also tells us that existing home sales in June were at 5.4 million units, with 893,000 housing starts. New home sales in May were 504,000.

Another trend: “Foreclosure Inventory Down 35% Nationally from a Year Ago,” as “national foreclosure inventory fell by 35% in June 2014 to approximately 648,000 homes,” says CoreLogic.

This statistic marks 32-consecutive months of decreasing inventory of foreclosures, including “17 straight months of declines greater than 20%.”

‘Life is a yo-yo and man ties knots in the string.’—Leonard Sidney Woolf, English political theorist

Are lenders tying knots for borrowers?

Some banks report easing their standards on prime residential mortgages, according to the Federal Reserve’s “Senior Loan Officer Opinion Survey.” But “most indicated that standards on nontraditional mortgages and home equity lines of credit… were relatively little changed.”

Also, banks find larger demand for prime residential mortgages “for the first time since a year ago.”

“Lenders have been trying to find ways to manage their operational costs and meet new regulatory rules,” says a Fannie Mae economist. “They appear to feel cost-constrained and, thus, may be applying more conservative standards in their lending practices.”

Interestingly, senior mortgage executives remain more positive than consumers about the economy, and more pessimistic about consumers’ ability to obtain mortgages. Why?

“A Top Mortgage Industry Executive Explains Why Banks Don’t Want to Take a Chance on Some Borrowers,” reports The Washington Post.

“Lenders feel like there really have to be zero errors now. They also don’t want to risk having to buy back loans that have minor, nonmaterial errors,” says David Stevens, former Federal Housing Administration commissioner.

Many consumers are not strangers to financial hardship. Since housing is a large expense, cutting housing costs can provide fiscal relief.

“Downsizing is the No. 1 way people would reduce their housing costs,” according to a Trulia survey, which reveals that 38% of respondents would downsize. Household formations, too, are affected when managing housing costs.

Solutions in cost-cutting housing strategies include:

Housing preferences are further illuminated in another Trulia survey.  When considering new vs. existing homes—given equal prices—41% of consumers prefer new construction, 21% would choose an existing home, and 38% have no preference.

Finally, discover what the housing future holds according to a Zillow panel of experts. They suggest there will be “Older Buyers, Fewer Homeowners” by 2018 because homeownership will drop as first-time buyer age creeps up.

“Demand for real estate later in life could mean stronger demand for rentals for the next few years, with existing home sales slowing until millennials are ready to buy.”

Until then, don’t find yourself in the “sleeper” maneuver, waiting for the unexpected “wrist jerk” in housing conditions before you respond. Keep informed about evolving mortgage trends.

LORA BRAY  is an information research analyst for CUNA’s economics and statistics department. Follow her on Twitter via @Bray_Lora.