You Can't Freeze Out CU Folks From a Good Fundraiser

CUNA leadership, CUs embrace the #ALSIceBucketChallenge. 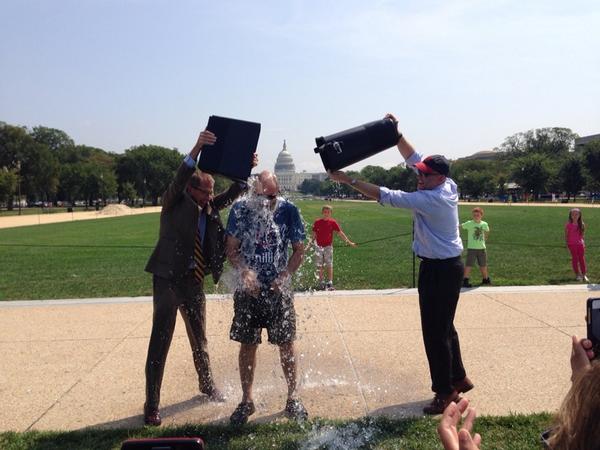 The viral fund-raiser the "Ice Bucket Challenge" has raised more than $41.8 million, according to The New York Times.

Prior to the bath on the National Mall with the U.S. Capitol in the background, Hampel challenged John Worth, NCUA's chief economist, Bill Cheney, former CUNA president/CEO and current head of Schools First FCU, CUNA's Executive Vice President Jill Tomalin, and Cam Fine, president/CEO of the Independent Community Bankers of America.

Your move John, Jill, and Cam.

UPDATE: Jill Tomalin responded to the challenge Friday in Madison.

KCUA's Pres/CEO Marla Marsh took the #icebucketchallenge & will donate to the cause! Watch it on FB: http://t.co/cyrNRjVqV2 #creditunion

My dad accepted my ALS #IceBucketChallenge nomination and along with Rocky Credit Union raised $665! http://t.co/y3bp6z7JCU