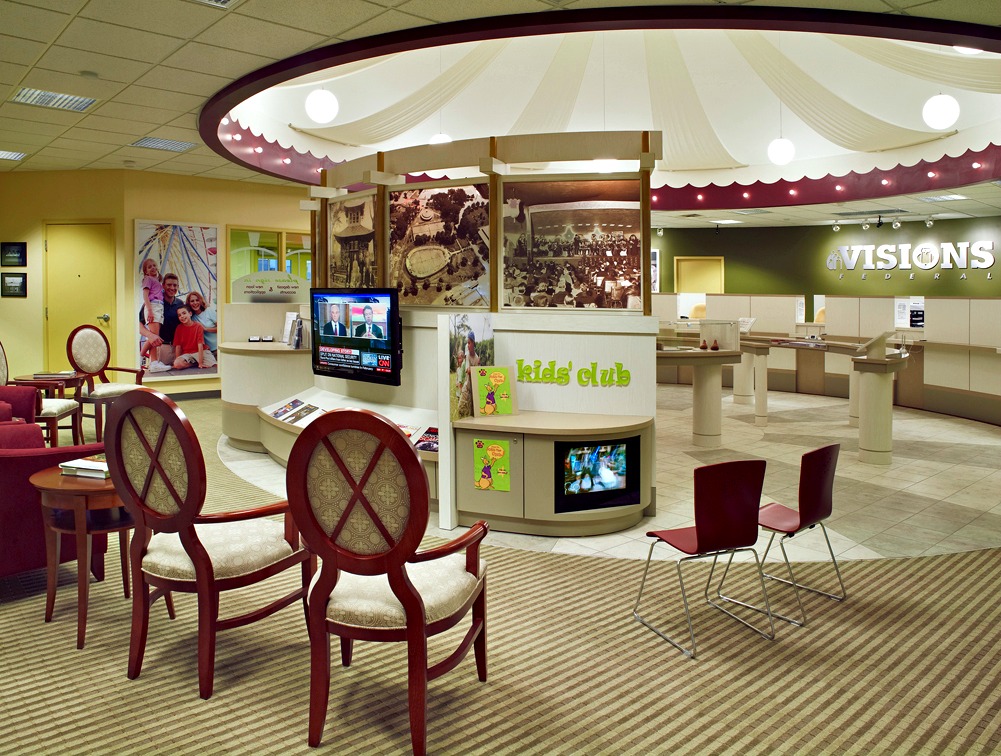 Under former President/CEO Frank Berrish, Visions FCU in Endicott, N.Y., tailored many of its new branches to the cities in which they were located.

The geo-customized motifs included everything from a vineyard theme in Watkins Glen, N.Y., in the heart of the Finger Lakes wine region, to an outdoorsy lodge feel in a Pennsylvania town where sportfishing is a big deal.

Click through these photos for a look at some of Visions FCU's branches.