The agency seeks to expand information requirements and revise the reporting threshold. 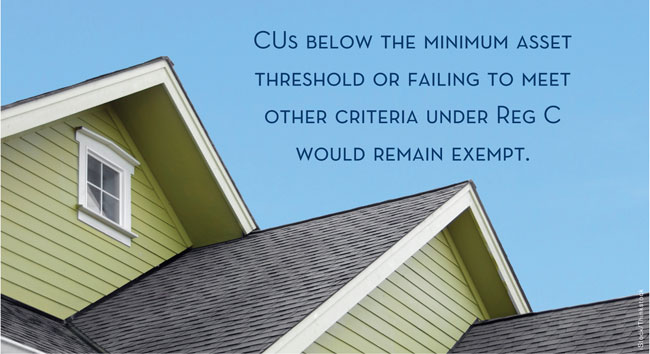 The Dodd-Frank Act required the CFPB to expand the scope of the information relating to mortgage applications and loans that financial institutions must collect, compile, maintain, and report under HMDA. But the CFPB also proposed collecting new data based on the discretionary rule-making authority HMDA grants the bureau.

Additionally, the proposal would expand the types of loans HMDA covers by requiring financial institutions to report on all loans secured by a dwelling, including home equity lines of credit (HELOC), reverse mortgages, and commercial loans secured by a dwelling—but would eliminate the requirement to report unsecured home improvement loans. Currently, HELOC reporting is optional because it's not required by statute.

The proposal would revise the threshold that determines which institutions must report HMDA data. Generally, financial institutions would be required to report to the CFPB if they originate at least 25 closed-end or reverse mortgages in the previous calendar year. Financial institutions that fall below the minimum asset threshold or fail to meet other criteria under Regulation C would remain exempt.

The proposal would provide for Web-based data submission and also allow institutions to make disclosure statements available by referring people who request a disclosure statement to a publicly available website. Currently, an institution must make its Modified Loan Application Register (LAR) statement available to the public in its home offices and either post it in certain branch offices or post a notice of its availability. Institutions also must provide the LAR in response to a written request.

The proposal would require institutions that report at least 75,000 entries (including covered loans, applications, and purchased loans) on their LAR for the preceding calendar year to submit data to the CFPB within 60 calendar days after the end of each calendar quarter— instead of annually, as currently required. The CFPB estimates this requirement would impact about 28 financial institutions which collectively account for about 50% of all HMDA-reported transactions. It’s unlikely any credit union would have to report quarterly.

As the following lists illustrate, the proposed rule would dramatically expand the information credit unions and other institutions must collect and report.

The Dodd-Frank Act requires the CFPB to include this additional information in HMDA:

Based on discretionary rulemaking authority, the CFPB's proposal would require institutions to report:

The proposal also includes revisions to these existing data points:

Impact of the proposed rule

The proposed rule will have a significant impact on any credit union that reports HMDA data or will be required to report such data under the proposed rule. The drastic expansion of the new data financial institutions must collect and report— coupled with the need to change and integrate systems and operations, as well as train staff—will certainly create additional expenses and burden for credit unions.

Shortly after the CFPB issued the proposed rule, CUNA submitted a letter to CFPB Director Richard Cordray opposing the mandatory reporting of HELOCs and the collection and reporting of additional data beyond what the Dodd-Frank Act requires.

Considering the impact this proposed rule could have on credit unions, CUNA urges all credit unions to submit comment letters to the CFPB by Oct. 29, 2014, if you haven’t done so already.