Member Benefits
Learn more
Learn more about the benefits of membership.
Home » Fewer Consumers Are Late for an Important Date

Fewer Consumers Are Late for an Important Date

Loan delinquency rates are down across the board. 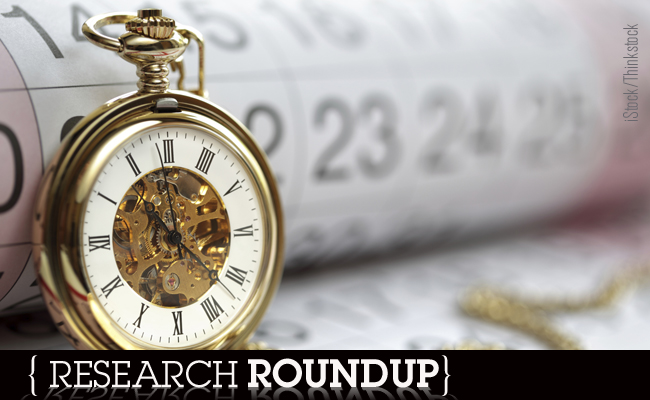 Alice’s Adventures in Wonderland continues to hold a fascination for me as I reread the story and contemplate various analogies the characters prompt...

Alice sits at the water’s edge as White Rabbit bustles by, “Oh dear! Oh dear! I shall be late!” he mutters.

Curious Alice follows, plummeting into the rabbit hole after him.

“Down, down, down. Would the fall never come to an end!” she wonders.

The well was quite deep, and “she had plenty of time… to look about her and to wonder what was going to happen next.”

Consider the analogy we may draw to those who borrow: taking loans with the realization that “missing the important (due) date” might lead to falling down, down, down—into a well of debt.

Research this week provides a look into the trends in today’s wonderland of debt and delinquencies.

‘Oh my ears and whiskers, how late it’s getting!’—Rabbit

According to Rasmussen Reports, “29% Owe More Money Than Last Year.” Although nearly one-third of adults make this claim of indebtedness, only 20% say the interest rates they pay have gone up during that time.

About 35% of those surveyed say they owe about the same as last year, while 33% claim to owe less.

It would appear, however, according to the New York Fed’s Quarterly Report on Household Debt and Credit (August 2014) that consumers are doing a better job of handling debt loads.

Further good news is that “delinquency rates improved across the board in 2014Q2” and 6.2% of consumer debt remained “in some stage of delinquency” in comparison with first quarter’s 6.6%.

This translates into $724 billion of delinquent debt, $521 billion of which is “seriously delinquent”—late for the important date by at least 90 days.

The report identifies a few key points regarding housing debt:

‘No wonder you’re late. Why, this watch is exactly two days slow.’—Mad Hatter

“Student Loan Defaults Drop Slightly, But Still High,” says McClatchly DC. Here, data shows “default rate on federal student loans is 13.7%… down slightly from a year ago when it was 14.7%.”

According to the Education Secretary, this figure is “still too high.”

The Consumer Bankers Association weighs in with this observation: “It is clear from its abysmal 13.7% rate the federal government has much to learn from the private student lending market, which has a default rate of less than 3%.”

Meanwhile, “National Credit Card Delinquency Hits Lowest Level in at Least Seven Years,” says TransUnion, as the rate of delinquent card users fell almost 9% “in the last year while falling more than 15% in the last quarter.”

The St. Louis Fed concurs. Since 2010, credit card delinquency “has decreased continuously, reaching its prerecession level in the third quarter of 2010 and its historical low of 2.3% in the second quarter of 2014.”

‘It would be so nice if something made sense for a change.’—Alice

Auto loan delinquency rates grew in excess of 9% in 2014’s second quarter compared to the same year-ago period as car debt increased “for the 13th straight quarter at the midpoint of 2014.”

Rates of auto delinquency and debt increased for all age groups in second quarter 2014.

Because there are “four million more auto loan accounts in the marketplace than we observed last year” there are now several thousand more accounts at delinquency from mid-2013.

Although debt rose for various age groups in a “tight range,” changes noted for those borrowers between ages 40 to 49 “were noteworthy” as this group saw the biggest yearly percentage increase (more than 5%), and also had average car debt levels almost $1,000 more than the next age group.

Alice wonders aloud, during a conversation with Cheshire Cat, which way she should go at a certain geographical point on her route.

The Cat asks where she wants to get to, and she replies she does not care. They determine together that, eventually she would get somewhere if she only walked long enough.

How long is the walk for those who deal with delinquency?

LORA BRAY is an information research analyst for CUNA’s economics and statistics department. Follow her on Twitter via @Bray_Lora, and visit the CUNA blog, The Research Roundup: Economic Perspectives.