Member Benefits
Learn more
Learn more about the benefits of membership.
Home » How Was Work? 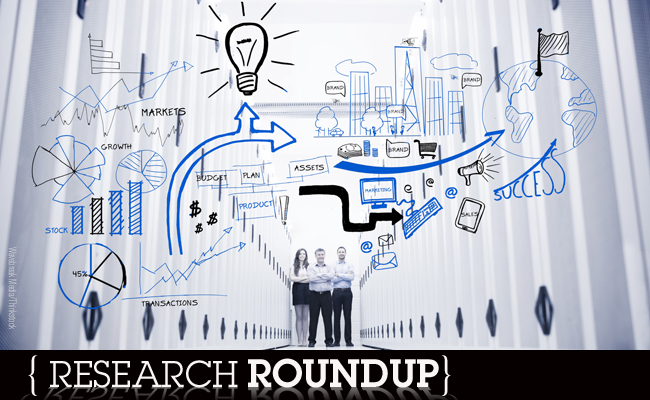 “Understanding the challenges and rewards of a career is especially important given how vested we are in our work life,” according to the CareerCast.com report, “Jobs Rated 2014: Ranking 200 Jobs From Best to Worst,” which examines metrics of income, stress levels, and growth potential.

As consumers make job choices and decide how to spend their income, their decisions have a large impact. The question of “how was work,” therefore, has many answers regarding the state of personal finances and overall health of the economy.

This week, we’ll examine various circumstances, trends, sentiments, and choices made in the world of work.

“In U.S., 31% Say Now Is a Good Time to Find a Quality Job,” says Gallup. This statistic is at “one of the highest levels measured since the 2008 financial crisis.”

It took two years for the quality jobs outlook to begin its upward climb.

Good news is that “Job Openings Signal Hiring in U.S. to be Sustained,” says Bloomberg. The number of jobs to be filled in America reached the highest level in 13 years in August “as employers gained confidence to expand their workforces.”

Payrolls, consequently, have rebounded as unemployment shrinks and “Americans can look forward to sustained gains in hiring into 2015.”

There’s a “Bright Outlook for the Class of 2015,” reports The Wall Street Journal, citing a Michigan State University recruitment survey.

Those with bachelor’s degrees will enjoy hiring trends up 16% in the 2014-2015 academic year. The increase is credited to residual hiring demand left by the recession and increasing employee turnover as workers “feel confident enough to leave jobs.”

“We’re going to see a couple of years of aggressive hiring” for college graduates, notes the report’s author.

Some employment sectors most promising for grads include nonprofits (up 16% over last year), insurance and finance (31%), information services (51%), and government (24%).

Young professionals are open-minded about seeking jobs on foreign shores, as “59% Of Millennials in the U.S. Would Move to Another Country for a Job,” reveals Business Insider.

Overall, only 35% of all Americans would consider a foreign move, in comparison to a “worldwide average of 64%.”

Why the willingness of the younger generation to relocate? Residual post-recession problems in finding steady employment at home.

Favored foreign lands are those that are English-speaking, with Canada and the UK holding two of the top three destination choices.

Home affordability and joblessness have been challenges for prospective millennial homeowners, and slips in household formation and homeownership by younger people “suggests that more robust labor market improvements… are needed for young Americans to get a stronger foothold in the housing market.”

“Homebuying… becomes more of a reality for many young adults as job prospects improve and as home prices stabilize,” notes the article.

“Nearly Three in 10 Workers Worldwide are Self-Employed,” says Gallup. Interestingly, this trend is not necessarily a “positive sign of proactive entrepreneurial energy” as “high rates of self-employment can often signal poor economic performance.”

Typically, these workers are “the fruit stand vendor, the homesteader, or even the subsistence farmer,” and “even in the developed world, many individuals find themselves forced into self-employment by adverse circumstances.”

Such conditions have different ramifications for different countries and their respective economies, and “call for different policy responses from national and world leaders.”

In another international perspective, “Worldwide, More Men than Women Have Full-Time Work,” Across the world, full-time employment has not increased since 2012, remaining stuck at 26% for 2013.

Women are most likely to lack good job markets in South Asia, the Middle East, and North Africa, although many women there choose not to participate in the workforce, often “for cultural or political reasons.”

Gaps in international economic conditions “reinforce the need to examine women’s contributions more closely… When women enter the workforce… it is an indicator that a country has crossed an important development threshold, and more people participating in the economy fuels growth.”

“To make room for the new, the old sometimes has to go,” says CareerCast as it reports mail carrier as the most endangered job of 2014 due to technological innovations.

These workers will need to adapt, perhaps with economic consequence.

What might your members say should you ask them, “How was work?”’

LORA BRAY is an information research analyst for CUNA’s economics and statistics department.  Follow her on Twitter via @Bray-Lora, and visit the CUNA blog, The Research Roundup: Economic Perspectives.