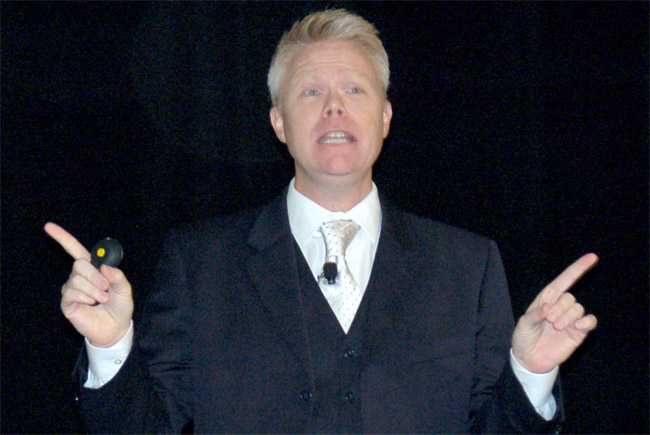 Every employee in your credit union is a hero to someone—and they should be treated as such at work, consultant Andy Janning told CUNA Lending Council Conference attendees Tuesday in San Diego.

Credit union leaders should help employees on their “hero’s journey,” he said, referring to the term devised by author Joseph Campbell.

“Every one of you is on a hero’s journey,” Janning said. “If we see employees as heroes, it makes things inherently better. You need to create more heroes and fewer villains in your organization.”

Credit unions can do so by embracing six ideas:

1. Active listening is your killer app.

These words are behavior, effect, and feelings. This entails letting people know how their actions have affected you rather than “lighting up like a Christmas tree,” Janning said.

“This is how relationships come back together,” he said. “It’s imperative to not put labels on people. We might be cooperative outside our walls, but if we don’t practice that inside our walls we won’t achieve our mission.”

3. We have a crisis of praise.

It’s important to show colleagues the positive impact they have, but “most compliments stink,” Janning said.

Praise should be specific, and incorporate the same terms used when addressing conflict: behavior, effect, and feelings. Using general terms—“You’re awesome!”—doesn’t cut it.

“Too many people use the 'pelican model' of compliments,” he said. “They swoop in, leave a load of crap, and fly out. Be specific—that’s what sticks.”

Sharing your blunders helps you connect with others and allows you to appreciate how far you’ve come, Janning said. “People are inspired by perfection, but we connect through brokenness.”

5. The right place at the table.

Your role is to make other people look better, according to Janning.

“You’re not lenders. If you think you are, you missed the point,” he said. “You are the marketers for your employees. You’re here to tell the hero story of lives being changed inside and outside your credit union.”

Villains are those who see the world as their foot stool, and people as impediments, Janning said. “Heroes have mentors, who break them down and put them back together, while villains have henchmen.”