Member Benefits
Learn more
Learn more about the benefits of membership.
Home » What World Will Your Future Members Live In?
Technology
#CUNACCUC

What World Will Your Future Members Live In? 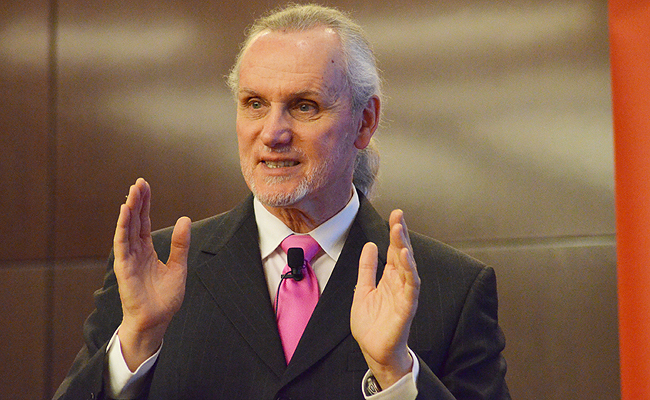 While it might seem impossible to forecast what the world will look like in the future, you can prepare with thoughtful strategic planning, he says.

"Don't just let the future happen. Make it work for you," Worzel said.

His tips for strategic forecasting included:

• Visualizing your desired future and "back-casting" the route and timeline for getting to that point.

• Breaking it down into manageable bits. The future is too big to think about in totality. Tackle the bits and reassemble them later.

• Taking a longer view. "The future is coming at you quickly," Worzel says, comparing it to driving on the German autobahn. Look far down the road for road bumps to drive safely.

"If you see a problem coming, you have an opportunity to create better options. You may not be able to change the problem but you may be able to create more choices for what you can do about those problems," Worzel says.

And more choices can mean a competitive advantage, he says.

Worzel highlighted a few trends credit union leaders should think about in terms of how they’ll affect members, including:

• Computers. In 10 years, computers will be 1,000 times faster than they are today. That will change the world, Worzel says. That could mean more robots in everyday life, among other things.

• Big data. "It’s becoming very important in many industries very quickly," he says. You’ll have more insight into your member's wants and needs and creditworthiness. What can credit unions do with that information to improve products and services, Worzel asks?

• Demographics. Large groups of the U.S. population are entering transitional periods, whether it’s the elderly, who may need long-term care assistance; or young people, who may need help starting their families.

• Women. The female demographic is a critical market for the future, and it will just explode during the next generation. Women are starting more businesses, going to college in higher numbers, and beginning to dominate professional fields like medicine.

"They’re the leaders of the next generation," he says.

Worzel suggests the cost of these programs, paired with the aging population worldwide, will place an unbearable squeeze on governments. This may lead to bankruptcies (like in Detroit) and harsh impacts on member retirement plans.

"You know your world is changing—that's why you attend conferences like this—and what that means is that you need to change with it," Worzel says.