Member Benefits
Learn more
Learn more about the benefits of membership.
Home » Housing: ‘In the Pink?’

Many young adults fear they won’t qualify for mortgages. 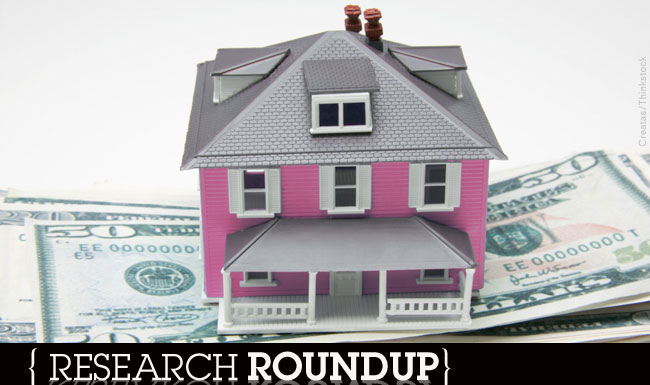 I poured hot pink paint into a garbage bag lining the cardboard box, added kitty litter, stirred the concoction with an old flag pole, and waited for it to dry.

This is the way one disposes of unwanted latex paint.

Later, in a moment of abbreviated good sense, I decided to dump it while wearing work attire.

And the one along my gray slacks and pink-splattered dress shoes.

Despite evidence to the contrary, I was not “in the pink!”

Meeting the goal of home ownership, too, sometimes comes with unforeseen challenges and consequences.

This week, an examination of home ownership trends of baby boomers and millennials. Are they “in the pink?”

“The share of first-time buyers fell to its lowest point in nearly three decades and is preventing a healthier housing market from reaching its full potential,” says the National Association of Realtors (NAR).

Typically, first-time home buyers account for four of 10 home purchases. But that number dropped 5% from last year to about 33% of homes purchased.

Millennials, however, remain undaunted, according to a Demand Institute report, Millennials and Their Homes: Still Seeking the American Dream.  It reveals that 79% of millennials “expect their financial situation to improve,” and 74% believe they will move within five years.

Seventy-five percent of millennials think home ownership “is an important long-term goal” and 60% intend to buy. Twenty-four percent already own their homes.

A positive spin on the student debt situation is that “more education still translates into higher income and rates of home ownership as people enter their thirties.”

However, 44% of millennials believe they will face difficulty qualifying for mortgages.

Do millennials know that “Getting a mortgage in the United States may be easier than many borrowers think?”

Lenders do have more rigid standards, the article reports, but “under government-backed programs, first-time home buyers with subprime credit scores can get a mortgage” insured by the Federal Housing Administration, requiring just 3.5% as a down payment.

Survey respondents believed, however, that “a very good credit score” was a necessity, and more than 40% assumed a 20% down payment was required.

Another reason consumers hesitate is fear of rejection: “In 2013, those fears kept 19% of families from taking steps to get a consumer loan,” above the 16.4% who were actually declined, Bloomberg reports.

‘I believe in pink’–Audrey Hepburn

Meanwhile, many boomers have their own housing dilemmas, but there are “Three Ways the Boomer Housing Crisis Benefits Millennials,” says The Fiscal Times.

Boomers face challenges such as excess debt and long-term care expenses. But they want to stay at home, despite the lack of accessibility features helpful for older populations.

Consequently, one benefit for millennials will be that boomers will choose to downsize at the same time they hope to buy.

A second boost for the younger set is that as mom and dad age, they may move in with their children—and help pay the bills.

“Housing Recovery on Horizon, But Too Late for Many Baby Boomers Starting Retirement,” says Investment News. Baby boomers will be looking to sell, the article notes, but there is concern that there may not be enough buyers to satisfy this demand.

Options for cashed-strapped boomers without buyers include reverse mortgages and “installment sales” to the kids, where children pay “a monthly sum to their parents” and receive the balance of the home at their parents’ death.

This means many boomers won’t retire, and spending cutbacks are necessary to meet home expenses.

Boomers are not necessarily making wise housing choices, says the Demand Institute in Baby Boomers & Their Homes: On Their Own Terms.

Sixty-three percent of boomers do not intend to move, yet many of their homes “lack aging-friendly features.” Because three-fourths of boomers have already experienced health issues, questions exist as to suitability of housing.

Also of note: 37% of boomers intend to move, but 46% of them hope to upsize space, not downsize, and “a significant number even plans to increase spending on housing.”

The study confirms boomers carry more debt than previous generations at their age, and mortgage debt has increased 142% since 1992 for those age 50 to 69.

‘I love the color pink. It makes a bold statement.’–Samuel Larsen, actor.

Despite the challenges boomers and millennials face with housing costs and circumstances, consumers do feel “in the pink” when it comes to home ownership.

According to the NAR survey, “79% of recent buyers said their home is a good investment, and 40% believe it’s better than stocks.”

Rasmussen Reports concurs with that survey, as “53% Say Buying a Home is a Family’s Best Investment,” compared to 28% who disagree and 19% who are undecided.

What about your millennial and boomer members? Are they on a “hot-pink streak” when it comes to home ownership?

LORA BRAY is an information research analyst for CUNA’s economics and statistics department.  Follow her on Twitter via @Bray_Lora,  and visit the CUNA blog, “The Research Roundup: Economic Perspectives.”