No Lounging on Investment Decisions 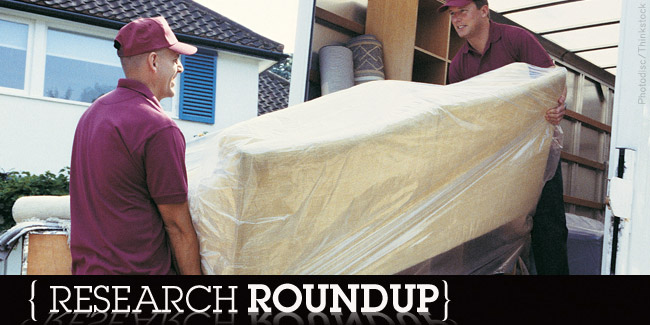 I recently ordered new furniture for my family room. The color, style, and price were perfect.

“A great investment,” I thought.

Delivery day arrived. I was delighted as the movers brought in the chair, ottoman, and cushions. Then, it was time for the sofa.

To get the furniture piece to the family room on a lower level of my home, the movers had to navigate steps and a tight corner.

The delivery men turned the couch one way, then another. They made several attempts. They conversed quietly. Then proclaimed: “It does not fit—this will not work for you.”

How had I made this poor investment?

Initially, my selection seemed ideal. But I failed to consider my surroundings.

‘Can you bring it in through the window?!’ –Lora

When it comes to the economy, the global forecast for the next year is mostly positive, according to BofA Merrill Lynch—the corporate and investment banking division of Bank of America.

“The bull market in global equities will continue next year…” but “the sentiment is far from euphoric…Now is the time for investors to be highly selective and make tactical moves to position portfolios for more thematic investing…,” notes BofA Merrill Lynch’s 2015 Market Outlook.

The researchers make several “macro calls” in the report, including:

Expect the U.S. recovery to stand firm and remain “the primary engine driving global growth,” according to Goldman Sachs’ economists in their “Top Ten Market Themes for 2015.”

“Two positive factors for stocks,” declining energy prices and central banks in Asia and Europe flooding markets with “fresh liquidity,” could lead to global growth in excess of 3% in 2015.

While it is anticipated the U.S. and England will hike rates next year, that’s seen as a positive.

“Since that can happen only if their economies are on a firm footing, U.S. and British stocks are forecast to gain more than 10% next year.”

Despite a few market declines in 2014, investors are encouraged by a strengthening economy and improving labor market, offsetting concern regarding low interest rates.

Continued optimism in 2015 is dependent on recent market volatility being short-lived.

It’s important to know what investors want in order to accommodate portfolios.

”Pressure on publicly traded companies has increased exponentially… as more investors learn about and react with consternation to the business practices of domestic, international, and global firms.”

This pressure results in more investment options “designed to screen out companies who don’t meet a variety of characteristics.”

Survey results indicate 64% of investors hope to “better align their portfolios with their personal beliefs.”

According to an Allianz Life 2014 Market Perceptions Study, 78% of not yet retired Americans prefer guaranteed income over products with high growth potential but the possibility of loss; and 80% say if they had extra cash, they would not invest it due to fears of market volatility.

“Hands down, Americans are saying their retirement savings strategy must include products and choices that offer guarantees, even though equity markets have performed well this year.”

What about homes as investments?

Discover “home value growth will slow to around 3% per year instead of the 6% seen recently, and that will make real estate less attractive to many investors.”

Millennial buyers, however, will step forward and by year-end will make up the largest group of homebuyers.

‘Furniture salesman, how do I find something else?’ –Lora

Research reveals some overall guidelines for those hoping to invest…

See “5 Investing Resolutions for 2015,” according to U.S. News & World Report. They include:

Do you know the “Best and Worst Investment Ideas for 2015”?  Bankrate provides insight. This year, “stocks have thrived” while “gold and oil have slumped.”

Investigate this resource to discover “leaders” and “laggards” for good decision making in 2015.

And, know “Six Investment Mistakes to Avoid in 2015,” according to Fox Business.  Shun emotional investing, have patience with your strategy, invest with a plan, be attentive to fees, and avoid “past performance instead of looking out for new opportunities.”

Also, be sure to rebalance and diversify.

My ill-fated shopping expedition led to an unfortunate investment; advance planning would have made for happier outcome.

Resolution for 2015: no lounging on investment decisions.

LORA BRAY is an information research analyst for CUNA’s economics and statistics department. Follow her on Twitter via @Bray_Lora and visit the CUNA blog, “The Research Roundup: Economic Perspectives.”