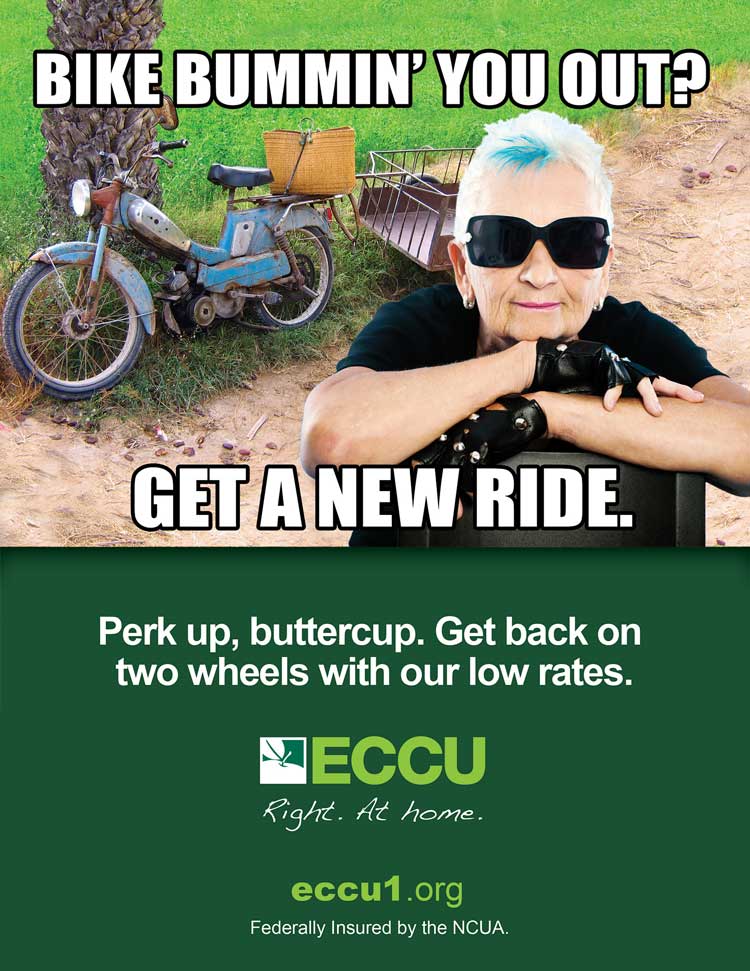 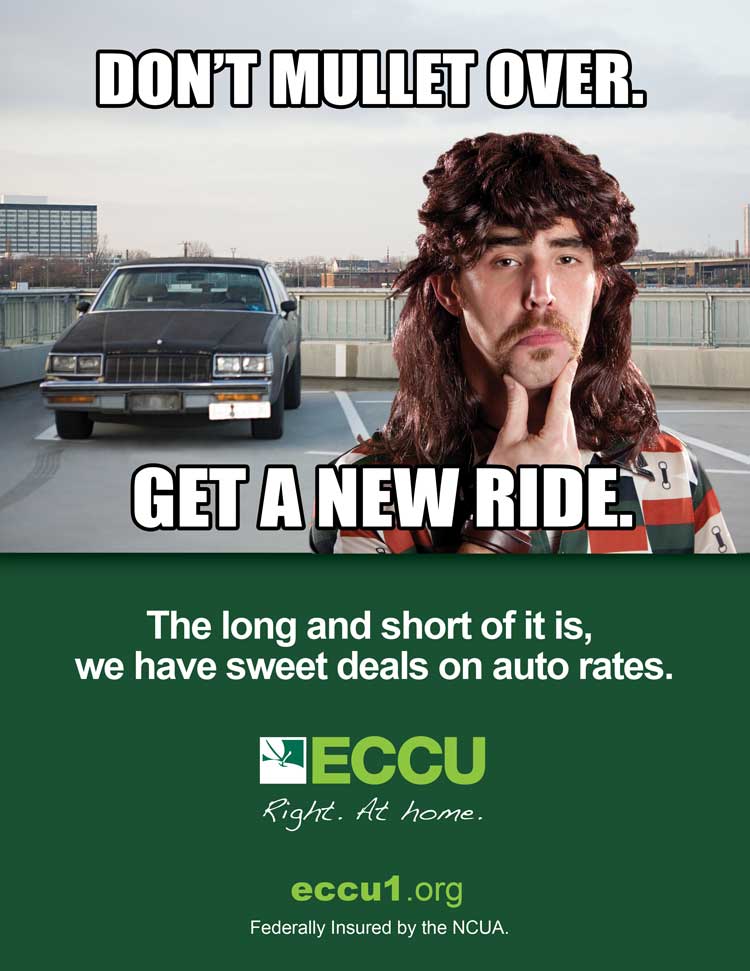 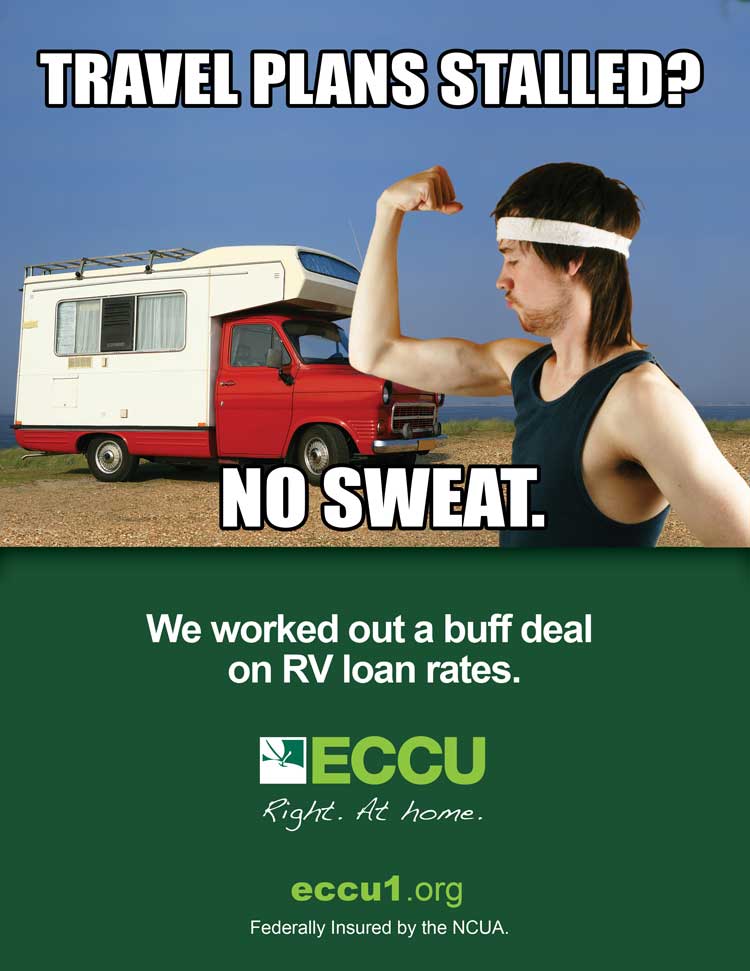 How do you excite younger consumers about vehicle loans? Be deliberately outrageous.

That approach worked wonders for Educational Community Credit Union (ECCU), which exceeded its original loan goal by $1 million thanks to an edgy “Get a New Ride” campaign filled with mullets, motorcycle grannies, and sweatband-wearing travelers.

“To appeal to a younger audience, we decided to depart from our traditional approach. We wanted something unique, not cliché, and not focused on rate,” says Christine Camp, vice president of marketing for ECCU. “Our goal was to create an eye-catching campaign that would cut through the clutter and emphasize member benefits.”

ECCU disbursed more than $8.1 million in new- and used-vehicle loans during the 10-week promotion. In all, the credit union made 558 loans at a median 2.99% annual percentage rate, averaging $14,521 per loan.

Loan numbers for Generation Y and Generation X consumers increased by more than 50% compared with the same period in 2013.

“People were talking about it, and that’s the objective for any successful campaign,” ECCU CEO Chuck Cornelius says.