Member Benefits
Learn more
Learn more about the benefits of membership.
Home » Putting the ‘I’ in Team

Putting the ‘I’ in Team

Each of us must bring our best ‘I’ to the team. 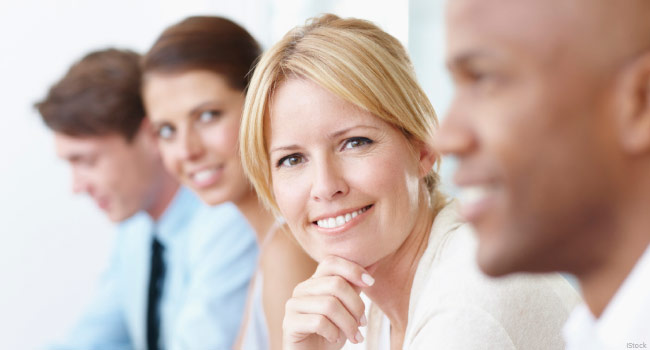 You’ve all seen it. It’s hanging in every good boss’s office—right above the desk, where you can’t avoid looking at it.

We’re talking about that framed motivational poster that reads, “There’s no ‘I’ in team.”

That motto has been pounded into many of our heads most of our lives. And you know what? It might be true from a spelling standpoint, but otherwise it’s nonsense.

Don’t take it from me. Listen to Joe Montana, the Hall of Fame NFL quarterback and four-time Super Bowl champion.

Years ago, speaking of the commitment he and his star teammates made to the San Francisco 49ers, he said, “I expect me—and Jerry Rice and Ronnie Lott—to bring 110% to every practice and every game, every time. Each one of us has to bring our very best ‘I’ to the team. This is the only way we can win as a team.”

This statement resonated with me from the first time I heard it. It’s so true.

Montana went on to say that “the teams we beat week after week are full of people who live by ‘there’s no “I” in team.’” Everyone expects to win, he said, just because the team has good players on it.

Well, it doesn’t work that way.

Over the years, I’ve thought about these words. Two instances stand out.

At one point, I was on a completely dysfunctional team, chock-full of individual stars and others who would bring down the team’s morale. Another time, I was part of a losing team that had one high-functioning star, and everybody else was cruising along on the star’s coattails.

Now, I’m on a very successful team with many talented and dedicated “I’s,” and Montana’s words bring a smile to my face. All of the team members know their craft, and they continually strive to improve and broaden their expertise. They’re all stars in their own right.

Let me ask you: Are you an outstanding “I” on your team? Are you a top contributor? Do you bring your “A” game each and every day? Do you foster an environment that encourages others to be outstanding “I’s”?

Follow these five simple steps to be the best “I” you can be:

This article first appeared in Credit Union Front Line Newsletter, the monthly sales and service newsletter for branch staff and their managers. Subscribe now to the print edition or PDF version.