A majority of CUs offer their members a safe harbor from ATM charges. 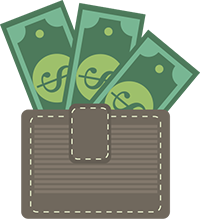 ATM transaction fees continue to escalate nationally, but a majority of credit unions offer their members a safe harbor from those charges.

Count Alliant Credit Union in that group. The $8.1 billion asset credit union in Chicago recently introduced a plan to reimburse checking account-holders up to $20 a month in fees from out-of-network ATM terminal use.

Alliant regularly surveys its members and “noticed an uptick in comments about ATM fees,” says David Mooney, Alliant president/ CEO. “We assigned an internal cross-functional team to address the matter and ended up not just satisfying our members, but delighting them.”

Alliant members already had access to 80,000 surcharge-free ATMs. But because the credit union provides employee financial benefits and wellness programs to large regional and national companies, its membership is geographically dispersed.

As such, convenience is a key factor. Members now have even greater flexibility in their choice of ATM terminals because they can recoup up to $240 annually.

“It’s a win-win for employers and their employees who are members of Alliant,” Mooney says.

Only 53% of credit unions that offered debit/ATM cards in 2014 charged their members a transaction fee when using an ATM not owned by the credit union, according to CUNA’s 2015-2016 Fees Report. That’s down slightly from 57% in 2012. The median and most common fee is just $1.

Also, 42% of credit unions that charge a fee give their members a specified number of free out-of-network ATM transactions before assessing any charges. That’s down from 66% in 2010 and 48% in 2012. The median number of free transactions is five, per the CUNA report.

Overall, consumers paid a recordhigh average of $4.35 each time they used an out-of-network ATM in 2014, according to Bankrate.com’s annual checking survey. That’s an increase of more than 5% from 2013.

Among credit unions that own ATMs, 93% levy a transaction surcharge on nonmembers. The median charge is $2, and the average is $2.23—well below the $2.77 banks charge noncustomers, according to Bankrate.com. 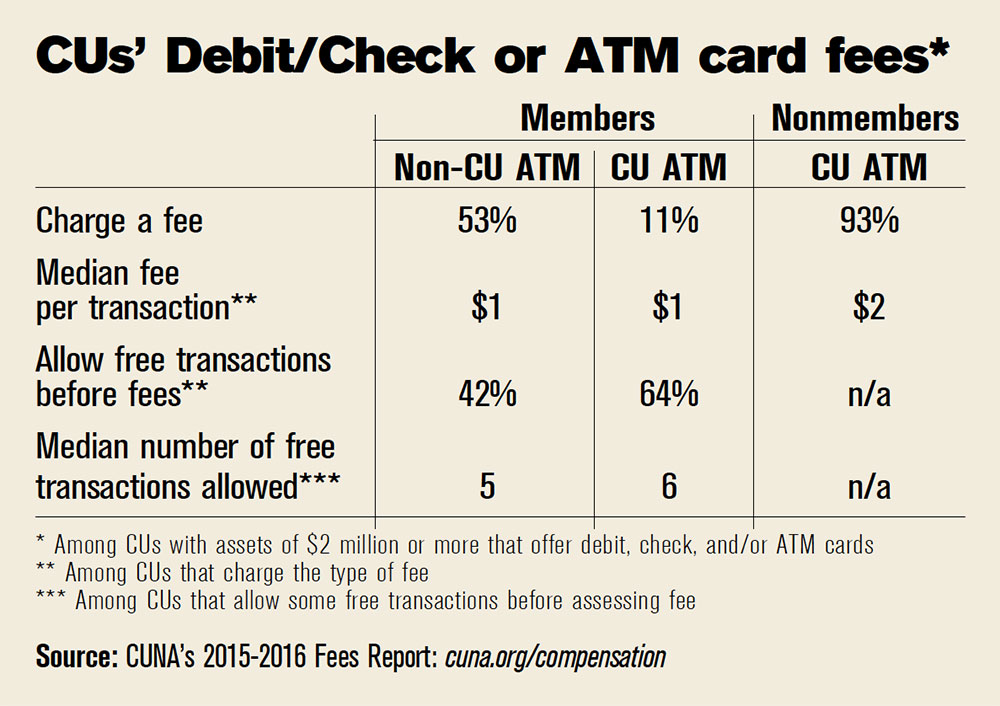