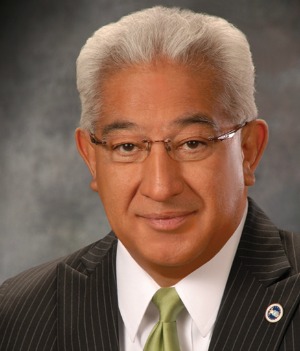 Robert D. Ramirez is a big proponent of establishing and maintaining relationships with local, state, and federal legislators and regulators.

Doing so, he says, is vital to maintaining and promoting the credit union agenda.

“Having a mutual understanding of our respective job responsibilities makes it easier when communicating about differences and in advocating for our credit union movement,” says Ramirez, CEO of Vantage West Credit Union, based in Tucson, Ariz., and serving Pima, Pinal, Maricopa, and Cochise counties. “Building strong relationships with legislators and regulators allows for open and transparent dialogues about issues impacting our economic policies and strategies.”

Ramirez’s advocacy efforts recently landed him a spot on the transition team for Rep. Martha McSally (R-Ariz.), where he advises her on financial service matters, helps recruit key personnel for her office, and sets up meetings with local business leaders.

He met McSally during her last election, and the two had a good discussion about some of the key challenges facing Arizona. “I shared with her some of the challenges that we were facing as a financial institution, as well as some of the issues facing businesses in Arizona communities,” Ramirez says.

Afterward, he helped promote McSally’s candidacy to many associates throughout her campaign. But that’s not the only way credit union leaders can advocate for supporters.

“Credit union leaders can get involved by serving on boards throughout their communities and providing their financial and other expertise to assist others with their strategic agendas,” Ramirez says. “Credit union leaders are also actively involved in the election process, raising funds through our political action committees and working to elect individuals who support credit unions—and replace lawmakers who have not supported our movement.

“The importance behind our involvement in the political process is that it gives our 100 million members a united voice in Washington and throughout our 50 states,” Ramirez says. “Keeping our credit union agendas top of mind with our legislators and regulators on how to promote economic growth for our country is our top priority.”