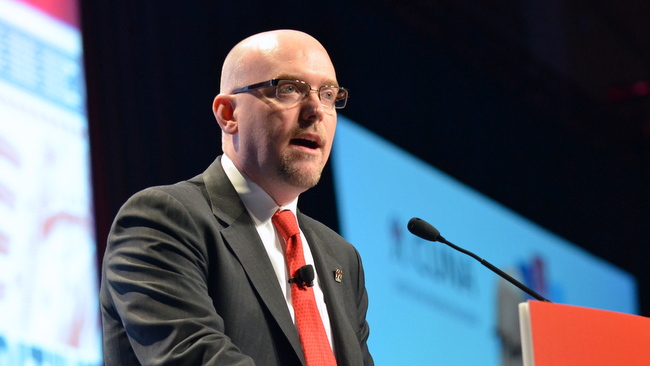 1. Preserve the credit union tax exemption by emphasizing the benefits of the federal tax exemption for members and nonmembers while fending off bankers’ attacks at the state and local level.

2. Stop the merchant data breaches by supporting legislation that that includes a federal notification standard, new data security standards for merchants, and provisions that improve the process for reimbursing credit unions for costs they incur as a result of the breaches.

“We need to tell legislators how the data breaches have affected you and your members,” says Ryan Donovan, CUNA’s chief advocacy officer. “Merchants are the weak link in the payments system.”

3. Remove barriers that prevent credit unions from fully serving members. Regulatory agencies such as the Consumer Financial Protection Bureau (CFPB) should focus on abusers that caused new regulations to be implemented, Donovan says.

“Credit unions didn’t cause any problems, but you wouldn’t know it based on what the CFPB is doing,” he says.

One way to remove barriers to credit union service would be to modernize the Federal Credit Union Act, Donovan says. “It’s long past time for this,” he says. “It’s time to pay attention to the infrastructure of the credit union movement.”

Plus, surpassing the 100 million memberships mark makes credit unions a force to be reckoned with. “Credit union members represent 42% of all registered voters,” Gose says. “That’s powerful. Of that group, 23% are primary financial institution members. We need that membership bond. These are the people who advocate on our behalf.”

He urged GAC attendees to download the CUNA advocacy app to promote the credit union difference.

“You are the credit union difference,” Gose says. “Thank you for being here and making a difference.”