Dennis Pierce: ‘Members Must Be Advocates’

With an engaged membership, CUs will thrive, outgoing CUNA Board chair says. 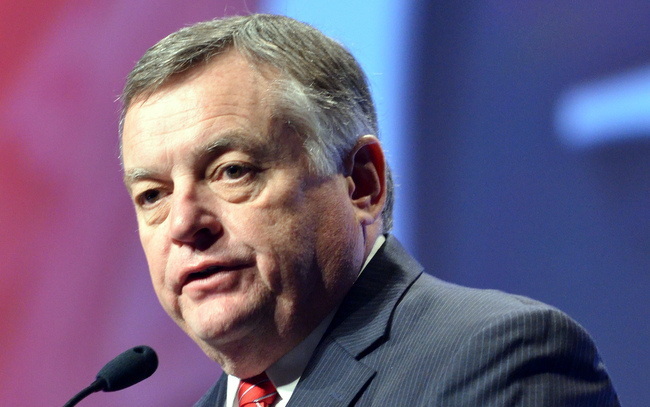 Although his time as a credit union leader is coming to an end, Dennis Pierce said the work of the credit union movement must continue.

Pierce is stepping down as chair of the CUNA Board and retiring as CEO of CommunityAmerica Credit Union in Kansas City, but in front of a packed GAC crowd he recalled watching credit unions hit 100 million memberships.

“One-hundred million is a big number,” Pierce said, “but why not 200 million?”

The only way to reach that goal is to engage credit union members, he said.

“Those outside the industry confuse membership with customers,” Pierce said.

But he said the fact that credit unions are member-owned is crucial because it creates an obligation for both leadership and members to take responsibility for a credit union’s success.

“We need to treat them like members [not customers],” Pierce said. “We need to ask them to support our organization. The only way we’re going to win in D.C. is by asking them to advocate for us.”

By engaging members, credit unions can inspire them to take ownership of the institution and hold the leadership accountable.

“We have to get past our own fears of asking them to do that,” Pierce said.

With CEO Jim Nussle at the helm, Pierce said he’s leaving CUNA in good hands, and with an engaged membership, the movement will thrive.