"The industry has capitalized on the aftermath of a financial crash that has left many lower working-class people struggling to pay bills despite the broader economic recovery," the article said.

At the same time, the Federal Trade Commission has pursued more than 160 cases against "credit repair" companies over the past decade--representing only a small fraction of the 2,000 annual complaints the agency receives.

In contrast many credit unions offer free credit counseling programs. One example of the difference these programs make is provided by Charlotte (N.C) Metro CU.

Ironically, Charlotte Metro CU initiated its credit counseling program during the Great Recession, just as many for-profit credit counseling companies did. But Charlotte started its program with the clear intent of moving members to more mainstream credit union services.

After working with Charlotte Metro CU credit counselors, a member can raise his or her credit score by an average of 40 points and many raised it by as much as 100 points, Coughlin reports. But the results are more telling than mere numbers, she said.

"Even if all the member has with you is a checking account, they are very loyal when you have helped them through a financial crisis because there is so much stress associated with that," Coughlin said. "I have helped members who would consider me a friend at this point. They are loyal to the credit union because you were there when no one else was."

Members are typically referred to credit counseling by the credit union's front-line staff or the collections department. The first counseling session is an intensive cash-flow analysis in which the counselor and the member review all incoming funds and outgoing expenses, including debt payments. The member also estimates what he or she spends on gas, groceries and day-to-day expenses.

For the next two weeks the member tracks expenses. "That figure is almost always different than what we estimated," Coughlin said. 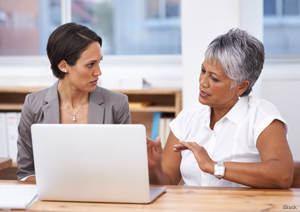 Next comes the process of creating a budget. "We have to determine what the member can spend, allocate for bills and still have a comfortable lifestyle," Coughlin said. "You have to allow some money for entertainment. You have to live a normal lifestyle. It's kind of like a diet:  If it's too restrictive, you're going to blow it. You have to incorporate fun into any cash-flow strategy."

Because most credit problems are created by life-changing events, overcoming the problem is often revelatory.

"When you can get to the root of the problem and talk to people, it gets very personal," Coughlin said. "We've had women who've come out of abusive relationships, people with shopping addictions, people coming out of divorce, and long-term unemployment. They just don't know which step to take next.

"We provide them with structure, analyze their situation and give them practical steps to pull themselves out."

(This story is part of News Now's continuing series, "The CU Effect," which gives readers a fresh and in-depth look at how credit unions make a difference in the world every day. Look for the next installment April 15.)