PLANO, Texas (2/4/15)--Athletes trying to make it to the big leagues are far from guaranteed multimillion-dollar contracts and huge endorsement deals. Many of those athletes barely make ends meet while playing in the minor leagues, and they are often a play away from a career-ending injury. 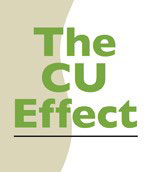 For InTouch CU of Plano, Texas, with $814 million in assets, those journeymen athletes have proven to be a valuable resource when it comes to educating their youngest members. For the last several years, InTouch has partnered with local minor league teams to provide financial education for children and teens.

"I think it's fair to say that most kids would much rather spend their money than save it, so we thought hearing from professional athletes about the importance of planning and saving for unexpected expenses that might come up would be very beneficial," Sherry Cassidy, InTouch CU's manager of public relations and financial education, told News Now.

As a feeder system into the NBA, the D-League features athletes trying to earn a living and a shot at the NBA.

"These players don't have huge contracts, they can get hurt and not play for a while, or they play overseas in different countries scraping together a living," Cassidy said. "They're very open about their experiences, how they've struggled, what they've gone through to try and make it as a professional athlete, and the parents seem to appreciate that as well."

The program uses a workbook created for a local Girl Scout troop, which came to InTouch looking for a way to earn its money badges. The workbook features financial-themed crossword puzzles and other games, as well as links to resources on InTouch's website.

Diane Gerstner, executive vice president at InTouch, recalled one member--a 14-year-old boy working at his father's company--whose favorite activity was to go to the mall Saturday night and spend the money he'd earned during the week.

"Sherry challenged him to save that money for a little bit and see what happened. A few weeks later, we received a great note from the young man that not only had he started saving, but he found he didn't want to spend the money because he enjoyed seeing his account balance go higher and higher," Gerstner told News Now.

Part of the education is showing the children how parents earn, save and spend their money, Cassidy said.

"We want them to see that there's not just endless funds on that plastic card their parents use," she said.

Financial education isn't limited to basketball season for InTouch. It also partners with the local AA baseball team, the Frisco RoughRiders, for "Batter Up for Banking," and it participates in similar programs at local schools, libraries and senior centers.

(This is part of a continuing News Now's new series, "The CU Effect," which gives readers a fresh and in-depth look at how credit unions make a difference in the world every day. Look for the next installment Feb. 18.)