BEAVERCREEK, Ohio (3/18/15)--Seven years ago, the lack of a dynamic branding campaign meant Wright Patt CU of Beavercreek, Ohio, didn't have much of a local presence. Today, more than 73% of people in Wright Patt's field of membership know about the credit union. The rise in recognition for Wright Patt--and the benefits of credit union membership--began with a simple idea: Let members tell their stories. 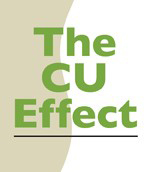 "I would find myself talking to members who could name the exact year, sometimes the exact month, they joined our credit union," Tracy Fors, vice president of marketing and business development for Wright Patt, told News Now.

"Members told us about how our programs helped them save more than they thought possible, how their parents brought them in here to sign them up for their first checking account, things you just won't see at the big banks," she said.

Fors said Wright Patt CU began to focus on ways to help the public understand the benefits credit union of membership, so it started looking at ways to get members' stories out there and circulating broadly. With reality television topping the ratings charts, an idea was born: The Wright Patt Savings Race.

Since the start of the race--seven years ago--Wright Patt has seen its membership almost double, from 150,000, to expecting its 300,000th member within the next few weeks.

The Savings Race pits five families against one another to see who can meet their financial goals, save more, and collect the most votes from the public from September to June. The winner gets $10,000, the second-place finisher gets $5,000, third place gets $2,500, and the remaining two families each receive $1,500.

Participants in the Savings Race appear weekly on local news broadcasts and post pictures of their various savings activities to the Savings Race Facebook page. They also chart their progress and trials and tribulations on blogs they tout during the broadcasts.

"These families are so courageous, they really put themselves, and their finances out there," Fors told News Now. "But it serves to take the taboo away from discussing finance openly.

"Usually each family has one enthusiastic member, and one who is not so into it. Within the first few months of the competition, that person will have a sort of epiphany--they realize they can accomplish their goals, that they have the tools to make good financial decisions," she said.

Even the families that don't win end up with sustainable savings practices that continue to help. In the first six years of the contest, the 30 participating families were able to improve their net worth by an average of nearly $30,000 per team within eight months of participating. Every family in the last several Savings Races has met its goal.

In addition to helping their savings account balances, participants have found other benefits while participating.

One family decided to cut out trips to restaurants, so instead they went to a parent's house for Sunday dinner, which became a weekly ritual. Others got into using coupons or became smarter about their shopping habits. They also started making meals from the freezer or homemade pizzas instead of takeout and delivery.

"We anticipated the race would help people reduce their debt, increase their savings and meet their goals, like buying a house or saving for college," Fors said.

"These families help everyone understand that they're not alone if they don't understand how to save the right way, or have gotten into money troubles," Fors said. "I think the program gives people hope, shows them how self-discipline can lead to big results."

Wright Patt keeps in touch with the members who participate in the Savings Race. Most are able to keep their credit scores up, some have been able to start businesses and purchase companies and others continue to tell the credit union that they're hitting higher savings milestones.

(This is part of a continuing News Now's new series, "The CU Effect," which gives readers a fresh and in-depth look at how credit unions make a difference in the world every day. Look for the next installment March 31.)