WASHINGTON (4/7/15)--The credit union community will be out in force for the first of four events that represents the Credit Union Miracle Day Family of Races: The annual Credit Union Cherry Blossom Ten-Mile Run on Sunday.

That will be quickly followed by The SacTown Ten-Mile Run in Sacramento, Calif.; and  to assure that military 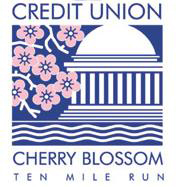 Credit Union Miracle Day, a collaboration of more than 100 credit unions, partners and credit union service organizations will present a donation of at least $525,852 on race day from Coast-to-Coast. Since becoming the title sponsors of races in 2002, CUMD has donated over $7 million to Children's Miracle Network Hospitals across the country, under the umbrella of Credit Unions for Kids.

CUNA staff will join other credit union volunteers to help the Family of Races kick-off this weekend here in Washington, D.C. We are very excited to note that more than 165 members of Congress have signed on to serve as honorary race chairs of the event which raises awareness of credit unions.

At this year's Credit Union SacTown 10-Mile Run, more than 1,500 participants are expected at the event, which features a 10-mile race, plus the UC Davis Children's Hospital free Miracle Mile fun run for kids and new this year is the 1-mile fitness walk and a five-mile race. Runners in the 10-mile run will have a chance at a $12,000 total prize purse as part of the 2015 Pacific Association Championship.

Cherry Blossom runners can choose between the 10-mile run or a 5K run/walk, and children ages 5 to 12 can participate in a half-mile run. Runners in the 10-mile run will have a chance at the largest-ever purse for the event: $80,500.

International elite runners in the 10-mile race will battle for a $40,000 prize purse, with $8,000 each going to the male and female champions.

According to race organizers, this year's race will feature runners from 14 different countries, as well as all 50 states. More than 15,000 runners are expected to participate. This is the 14th year credit unions have sponsored the event

The National Weather Service is forecasting a mostly sunny day with a high near 67.

Children's Miracle Network Hospitals is an alliance of premier children's hospitals which treat 10 million critically ill children annually, regardless of their ability to pay.