Deadline looms for CUs to join suit vs. Home Depot: CUNA reminds

WASHINGTON (4/17/15)--CUNA is reminding credit unions of an impending deadline for deciding whether to become a party to a class action suit against Home Depot.

Parties must be identified and evaluated within the next two to three weeks to make a May 15 deadline for inclusion as a class participant.  The suit will seek recovery and injunctive relief associated with a massive data breach at the giant retail outlet in September 2014. 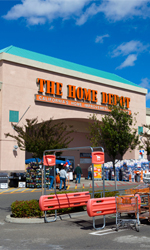 "CUNA is pursuing every possible avenue to get merchants to raise their data security standards to protect consumers and card-issuing credit unions. We decided participation in this legal action is another route we can take to support our efforts," according to Susan Parisi, CUNA chief counsel.

"That would, at least, reduce the data breach risks to consumers and card issuers at one mega-retail store while CUNA continues to advocate on Capitol Hill for higher data protection standards for all merchants."

"For the last year and a half CUNA has been diligently working on the matter, including connecting credit unions that want to pursue legal action with the appropriate representation," Parisi said.